What do a pile of dead Roman soldiers, the fall of an empire, Shakespearean tragedy and comedy have in common? In the hands of celebrated MacArthur Fellow Taylor Mac–everything. Gary: A Sequel to Titus Andronicus follows the story of two lowly servants tasked with cleaning up the immediate aftermath of Shakespeare’s first tragedy, Titus Andronicus. With the empire in chaos around them, Gary (Nathan Lane) seizes his recent promotion to cleanup crew to change his fate and maybe even earn the coveted role of fool in this new life.

Gary is a plethora of contradictions which manage to keep humor and horror engaged all at once. It is, after all, the story of a man finding hope in a pile of bodies. The gorgeously gory sets and costumes fill the stage of the Booth Theatre, daring audiences to find merriment in the morbid, and opportunity in defeat.

The macabre cleanup crew, Gary and Janice (Kristine Nielsen), somehow manage to keep the laughs coming despite being surrounded by death, transporting audiences to the year 400. Gary shows the other side of tragedy in ways no other Broadway show has before. In fact, Gary leaves nothing to the imagination in this riotous comedy. And we mean nothing. If you like laughing until you cry and a bit of vulgar fun, you’ll love Gary.

Tickets to Gary: A Sequel to Titus Andronicus are available on SeatGeek, with prices starting at around $47 for the majority of upcoming performances. You can find the next 20 shows listed below, or click here to view the schedule + tickets in their entirety. Use code BROADWAY20 at checkout to save $20 off your purchase of $100 or more.

Seating Chart for Gary: A Sequel to Titus Andronicus

Gary is being performed at the Booth Theatre. The venue was built in 1903 and holds up to 970 attendees. It’s located at 145 West 44th Street in New York, NY. 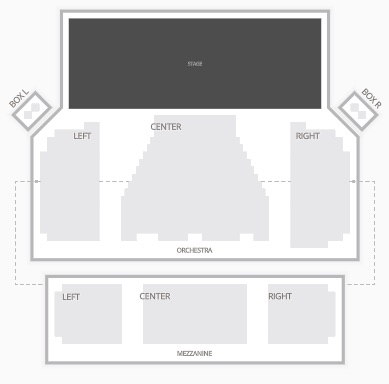