Jagged Little Pill — the musical based around the catalog of Alanis Morissette — is finally coming to Broadway.

In a story written by Juno screenwriter Diablo Cody, a suburban family steadily crumbles under the weight of maintaining their white picket fence appearance. The play’s description states that when “the cracks beneath the surface begin to show, they must choose between maintaining the veneer, or defiantly facing truths about themselves and the world around them.”

The musical has the full support of Morissette, who penned original tunes for the musical adaptation on top of providing the baseline with her culture-shifting pop smash. The production has run at American Repertory Theater in Cambridge, MA since last summer but will make its Broadway debut on Thursday, December 5 at the Broadhurst Theatre. Previews begin on November 3

Tickets to Jagged Little Pill go on sale on May 23 and will be available on SeatGeek. You can find the 20 upcoming shows listed below (once they go on sale), or click here to view the schedule + tickets in their entirety. Use code BROADWAY20 at checkout to save $20 off your purchase of $100 or more.

Jagged Little Pill is being performed at the Broadhurst Theatre. The venue was opened in 1917 and holds up to 1156 attendees. It’s located at 235 West 44th Street in New York, NY. 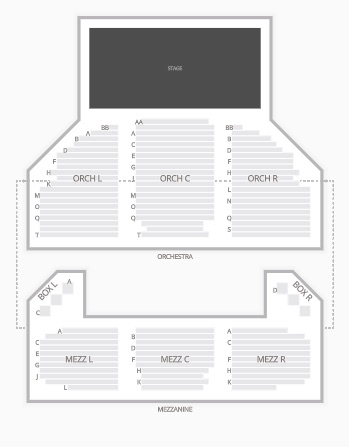