Everything You Need to Know About ‘Mystère’ by Cirque du Soleil

Cirque du Soleil is constantly innovating, coming up with new shows, novel stunts and fresh spectacles to wow audiences by the thousands. However, the long-running acrobatic troupe with many shows under its umbrella knows that they don’t need to fix things that aren’t broken. Mystère is an example of the company sticking with what works.

The longest running show in Cirque’s repertoire was launched all the way back in 1993 and it’s held forth on the Las Vegas strip ever since. The incredible acrobatics, audience participation and playful sense of humor in Mystère largely eschews the complex themes of later work, letting the jaw-dropping set pieces speak for themselves.

Here’s everything you need to know about the show.

Where is ‘Mystère’ by Cirque du Soleil performed?

Mystère is in residence at Treasure Island Hotel and Casino, a theater built specifically for the show. It holds 1,541 attendees and was built in 1993. It is located at 3300 S. Las Vegas Blvd. 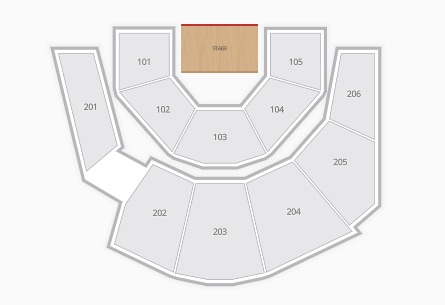 When Do the ‘Mystère’ Performances Run?

What is the Runtime for Cirque du Soleil: Mystère?

Mystère is 90 minutes long and does not include an intermission.

“The acrobatics also shine on their own without the need for context (though if you look for it, there are themes of birth and innocence, and society’s need for ritual — pomp versus circumstance — floating around in there). Flying off a teeter board to a triple-stacked landing, or shimmying up a pole upside down speaks for itself.” — Mike Weatherford, Las Vegas Review-Journal

“With 24 years, more than 10,000 shows and 13 million customers under its belt, Mystère still reflects the purity of a company that genuinely surprised and delighted us in the early ’90s. There were enough original ideas to go around before six more titles brought the need for high-concept brand ventures such as Michael Jackson songs.” — Juan-Jose Gonzalez, Broadway World

(Cropped image courtesy of TBWABusted via Flickr | CC BY 2.0))