UPDATE: Dave Chappelle has added three more dates to his Radio City run, from June 24-26. The trio of shows are particularly action-packed, as they include performances from The Roots, Busta Rhymes, DJ Premier, Janelle Monae, and Erykah Badu. If tickets weren’t inflated on the secondary market before, they sure will be now. Tickets for the entire June 18-26 run are nearly sold out.

Dave Chappelle is back and most likely better than ever. Over the past year, he’s had several shows in various cities including a stop in Montreal for the Just for Laughs comedy festival in July and in Hartford, CT with the traveling Oddball Comedy & Curiosity Festival in September. Fans (and detractors) of the comedian and his Comedy Central hit, Chappelle’s Show, are very familiar with the particular brand of comedic genius that has garnered him much attention since the show’s debut in 2003. The weekly sketch comedy dealt with American pop culture and politics and was a success immediately. During the production of the third season of the show, Chappelle retreated to South Africa in order to work through his own issues with his career and the direction of the show.

Last summer, the stand up comedian returned to the stage and this summer will be performing at New York City’s Radio City Music Hall. Those who enjoy Chappelle’s past performances and his show will be happy to know that several dates were announced for this New York City stop: June 18-23. In previous cities, tickets have sold out quickly and his Radio City run will probably be the same. Buy your tickets now! 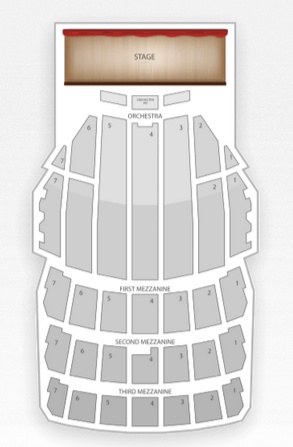 Dave Chappelle at The Laugh Factory

Dave Chappelle to Tour Next Month