We’ve seen some noteworthy trends in terms of ticket prices surrounding this weekend’s big-ticket game featuring UCLA and Nebraska. Although the Bruins aren’t generally known for selling out the Rose Bowl, this game is expected to draw a huge crowd. It stands as the the team’s most expensive season opener in recent years and the most in-demand game featuring a non-USC opponent, which is evidenced by Saturday’s $126 average ticket price.

Take a look at the numbers: 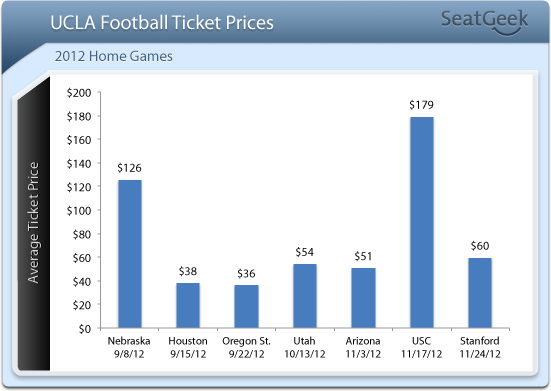