With the Hurricane Sandy benefit wrapped up, the 12-12-12 concert organizers have revealed that the show raised over $50 million and saw over 19 million viewers here in the United States tune into the show.

There were numerous highlights: from Bruce Springsteen & Jon Bon Jovi duetting on stage, to Eddie Vedder joining Roger Waters, to The Rolling Stones rocking the stage for a two song set, to Paul McCartney fronting a reunited Nirvana and to Billy Joel capturing the essence that is New York.

The 5 hour and 50 minute long show was a huge success for raising funds for the Robin Hood Foundation.

Let’s take a look at some of the highlights:

Rolling Stones
“You Got Me Rocking”
“Jumpin Jack Flash”

Alicia Keys
“Brand New Me”
“No One”

Paul McCartney
“Helter Skelter”
“Let Me Roll It”
“Nineteen Hundred and Eighty Five”
“My Valentine” with Diana Krall
“Blackbird”
“Cut Me Some Slack” with Dave Grohl, Krist Novoselic and Pat Smear
“I Got a Feeling”
“Live and Let Die”

Tonight’s the night, making this our very last – and arguably most exciting – update. Roger Waters spilled some setlist beans on last night’s episode of Late Night With Jimmy Fallon, revealing to the host (and millions of viewers nationwide) his plans to play “Money,” and “Us and Them,” as well as the track “Comfortably Numb” – with special guest Eddie Vedder(!).

Lastly, in a guaranteed-to-go-viral meeting of the demi rock-gods, Paul McCartney will take his turn onstage alongside Dave Grohl and Nirvana bassist Krist Novoselic. Although the super group will not, apparently, perform any Nirvana songs, that hasn’t kept the Internet’s dependable meme trolls from their Photoshop crop and layer tools. Tonight’s event isn’t to be missed… but we can do without this photo.

All right: Now it’s official. The Rolling Stones will perform at Madison Square Garden’s 12-12-12 Sandy benefit concert next week. This show is shaping up to be the event of the quickly fading year, so don’t miss your chance to snag tickets while you still can!

No further word (yet) on a possible Rolling Stones cameo, but the 12-12-12 benefit concert continues to expand just the same. This latest update has Dave Grohl and Eddie Vedder signing on to rock out at the Madison Square Garden fundraiser. We’ll keep you posted on any other last-minute additions, but in the meantime, keep scrolling for our list of discounted ticket links!

Yet another high-profile act might lend their name to the Sandy 12-12-12 benefit, according to Rolling Stone. The magazine reports The Rolling Stones are in talks to join Springsteen, Billy Joel, Jon Bon Jovi and others on the Madison Square Garden stage (Mick Jagger and co. are scheduled to play in Newark, NJ, the night after the fundraiser). Says the head of Clear Channel Entertainment and 12-12-12 co-organizer, John Sykes: “There’s been talk of” a Stones appearance, although “the challenge is they have a full-blown dress rehearsal on the 12th or the 13th because their Pay Per View special is on the 15th. But, yeah, there have been conversations with them.” You can read the full Stone article here, and be sure to check back with us when/if The Rolling Stones confirm another Stateside date.

It’ll either bring the end of the world or some much-needed relief to a few thousand hurricane victims, but either way, December 12, 2012 is shaping up to be an unforgettable night. NYC’s premier venue, Madison Square Garden, will host 12-12-12, a benefit concert for those still suffering the effects of Hurricane Sandy. Kanye West, Paul McCartney, Bruce Springsteen, Alicia Keys, Jon Bon Jovi, Billy Joel, and Roger Waters are the megawatt stars in alignment for the evening’s event. Hopefully, that much talent and fame in one arena will work to keep the Mayans’ predictions of universal apocalypse from coming true.

All proceeds from the show will benefit the Robin Hood Relief Fund, an organization initially founded to support victims of 9/11. As the company’s website explains, “Shortly after Hurricane Sandy made landfall and caused tremendous destruction to the properties and lives of our neighbors in need, Robin Hood reactivated the Relief Fund which was originally started after the attacks of 9/11. Now — as then — Robin Hood is here to help the entire tri-state area get back on its feet by providing essentials like housing, food and cash disbursements to those most in need.”

Great cause, great venue, great performers? Do you even need a call to action…? Ticket links are above! 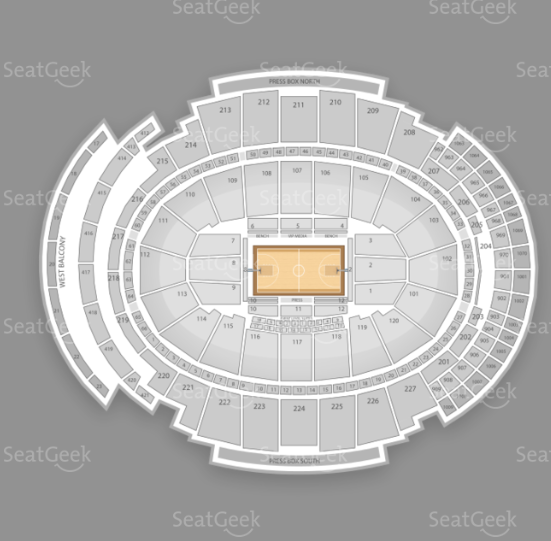 The Who Average Ticket Prices

The Who: “My Generation”