1stBank Center, an indoor multi-purpose event center, is located in the Denver suburb of Broomfield, CO, and has been a site for live entertainment (predominantly live concerts) since it opened in 2006.

This summer, the following bands and artists that will play 1stBank Center include the following: Soundgarden on May 28; American Idols Live on July 10; New Kids On The Block with support from 98 Degrees and Boyz II Men on July 16; Megadeth with Black Label Society on August 2; Fall Out Boy with support from Panic! At The Disco on September 18 and Selena Gomez on November 16 later in the year.

Tickets for all concerts at the 1stBank Center this summer can be found right here at SeatGeek.

For a look at the seating chart for concerts at 1stBank Center, check out the image below. 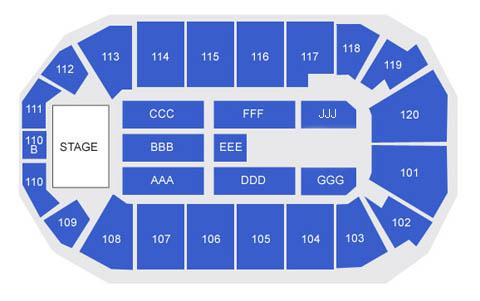