Aerosmith has moved well beyond being thought of as a Boston band, but a Boston band is what they are. The legendary rock act will celebrate their 50th anniversary back home at Fenway Park, running through their extensive catalog of hits in September.

The concert goes down on September 18, the same year that they received a lifetime achievement award from the Grammys. The announcement of the concert comes in the midst of drama between the lineup of the band. The act recently barred their longtime drummer Joey Kramer from performing with them at the Grammys, claiming that he hadn’t had the time to properly rehearse the set. In response to that and an earlier icing out, Kramer is suing his long-time band.

“This is not about money,” Kramer shared in a statement about the lawsuit. “I am being deprived of the opportunity to be recognized along with my peers for our collective lifetime contributions to the music industry. Neither the MusiCares’ Person of the Year Award nor the Grammys’ Lifetime Achievement honors can ever be repeated.”

The band responded to the lawsuit and stuck to their stated line of reasoning. Neither side has said whether Kramer will play at Fenway.

“We would be doing a disservice to him, to ourselves and to our fans to have him play without adequate time to prepare and rehearse,” the band said. “We are bonded together by much more than our time on stage.”

Tickets to the anniversary show go on January 31. Check out all of the relevant info below.

Tickets to anniversary show go on sale on January 31. Shopping around for the perfect tickets or the best deal? Use SeatGeek and save $20 off your purchase of $100 or more by entering code TBA20BLOG at checkout. Browse tickets here or view upcoming shows below.

Aerosmith will play Fenway Park on September 18. The park is located in between the Back Bay neighborhood and the campus of Boston University.

The seating capacity of a ball game at Fenway Park is around 38,000. The most-attended concert in Fenway history is slightly less than that, with 36,000 people seeing Paul McCartney in 2013. 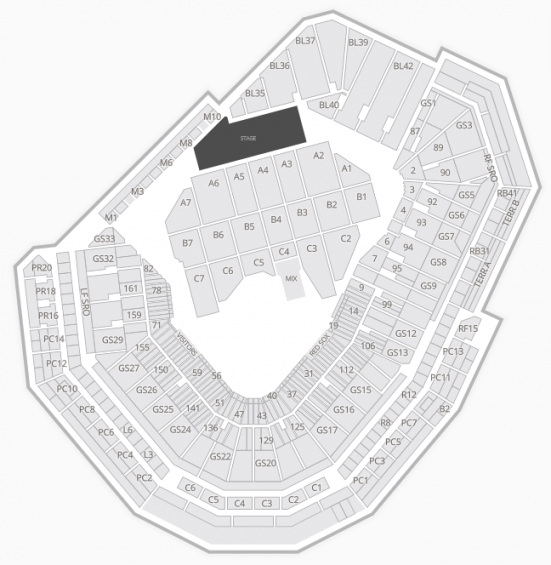 Everything You Need to Know About Ed Sheeran’s “Mathematics“ Tour