BC Place Stadium, opened in 1983 and renovated in 2011 as the world’s largest cable supported retractable roof stadium, has been the home to numerous Vancouver events – from CFL football, the Winter Olympics and MLS soccer to concerts and other live entertainment.

In the 25 years it has been open, bands and artists that have staged concerts at the venue include: The Rolling Stones a total of six times; The Jacksons featuring none other than Michael jackson a total of three times; Pink Floyd; David Bowie; The Who; Roger Waters and Paul McCartney.

This spring and summer, the following bands and artists will be coming to Vancouver and playing BC Place Stadium: Taylor Swift on her Red tour with support from Ed Sheeran on June 29 and Justin Timberlake and Jay-Z as part of their Legends of Summer Tour on July 31.

Tickets for all concerts as well as all other events at BC Place Stadium this spring and summer can be found right here at SeatGeek.

For a look at the seating chart for concerts at BC Place Stadium, check out the image below. The venue seats 21,000 patrons for concerts. 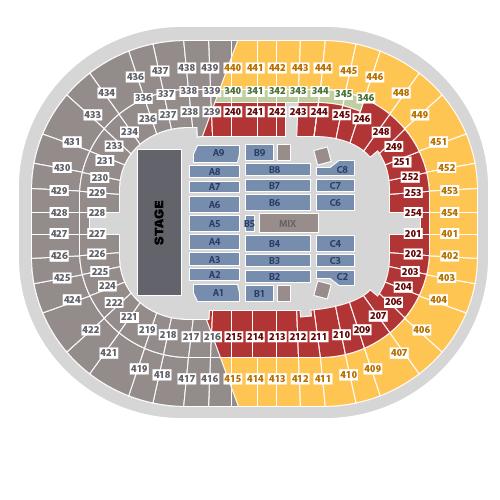