Black Francis of The Pixies Takes Solo Act on the Road 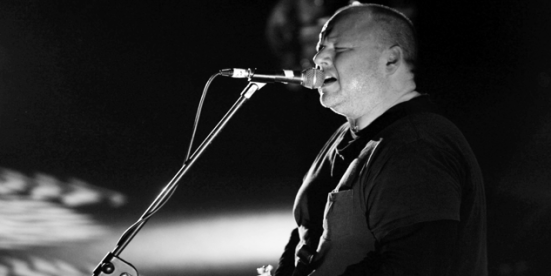 Pixies frontman, Black Francis, has announced dates for a winter tour. The two-week stint of shows will take place in February, and kicks off on February 8 in Hudson, NY, at Club Helsinki. While the Boston-born musician won’t make any stops in his hometown, the tour will cover New England and the Southeast, including a show in Nashville, TN, at Mercy Lounge, on February 14. The shows wrap up on February 22 in Bordenton, NJ, at The Record Collector. Reid Paley will act as support for all shows.

Charles Michael Kittridge, aka Black Francis, wasn’t always Black Francis. The 47-year-old musician began using the stage name when he was performing as the vocalist/guitarist for prolific alt-rock band The Pixies. Following the band’s breakup in 1993, Francis embarked on a solo career, first performing under the moniker Frank Black. Fortunately, The Pixies are back together now, but you can still hear Francis’ solo tunes by checking out his latest album, 2011’s Paley & Francis. Or, scroll down to hear a classic Pixies tune, “UMass.”

The Pixies Video for “UMass”