David Lee Roth is getting in on the Las Vegas residency game, throwing a bone to concert-starved Van Halen fans by running through the hits at the House of Blues in Las Vegas.

The David Lee Roth: Rocks Vegas residency begins in January with three quick shows coming in the week of the 8th. Roth takes a month or so off before returning to play six shows over the span of 10 days in March. Roth joked about being an aging star in a statement announcing the upcoming shows:

“A weekend with me is interactive way beyond just music,” Roth said. “It starts with the best food on Earth. The fellas smoke their three cigarettes for the year and we all stay up way past our bedtime!”

The stage show seems to be coming in place of a Van Halen reunion. While bassist Michael Anthony shared that there were whispers of a tour earlier this year, but the idea quickly faded away.

“[Van Halen’s manager] asked if I would be interested in any kind of a reunion, and I told him, I said, ‘Yeah.’ I was finishing up a couple of shows with Sammy [Hagar] and I said, ‘Yeah, I’d be interested to hear what you guys have going on. I’ve got these few dates left, and give me a call,’” he told Rolling Stone. “And for whatever reason, they never got in touch with us about any kind of a contract or any kind of a meeting to discuss or whatever. The next thing I knew, the plug got pulled on it.”

Roth’s solo set seems to be the death blow to any upcoming reunion, meaning that his Vegas shows are the best we’re going to get for a while.

Tickets go on sale September 14; take a look at the dates below.

The House of Blues Las Vegas is one of many nationwide HoB venue chains. The Las Vegas location opened in 1999, is located at 3950 S. Las Vegas Boulevard, and holds around 2,000 attendees. 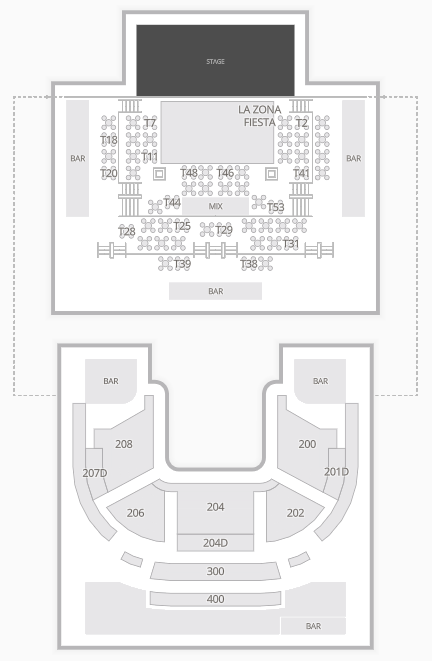 Tickets to David Lee Roth: Rocks Vegas go on sale on September 14. Shopping around for the perfect seats or the best deal? Use SeatGeek and save $20 off your purchase of $100 or more by entering code TBA20BLOG at checkout. Browse tickets here or view upcoming shows below.