FedEx Field, the home of the Washington Redskins since it opened in 1997, is the largest venue in the NFL in terms of regular capacity. FedEx Field was built as a replacement for the Redskins’ prior venue, Robert F. Kennedy Memorial Stadium, in Washington, D.C.

In the 15 years it has been open, the venue has played host to a wide array of big concerts from big name acts. On October 23, 1997, The Rolling Stones played the first ever concert there as part of their Bridges to Babylon tour. They returned to FedEx Field in 2002 during their Licks tour. Other artists that have played there include Metallica, Linkin Park, Bruce Springsteen & The E Street Band, Paul McCartney, U2 and Muse.

As of today, the concert calendar for FedEx Field is light with only one concert scheduled to come through its doors. On May 25, Kenny Chesney is slated to play the stage as part of his No Shoes Nation tour along with Eric Church and Kacey Musgraves.

Tickets for all concerts as well as all other events at FedEx Field this summer can be found right here at SeatGeek.

For a look at the seating chart for concerts at FedEx Field, check out the image below. The venue seats 85,000 patrons. 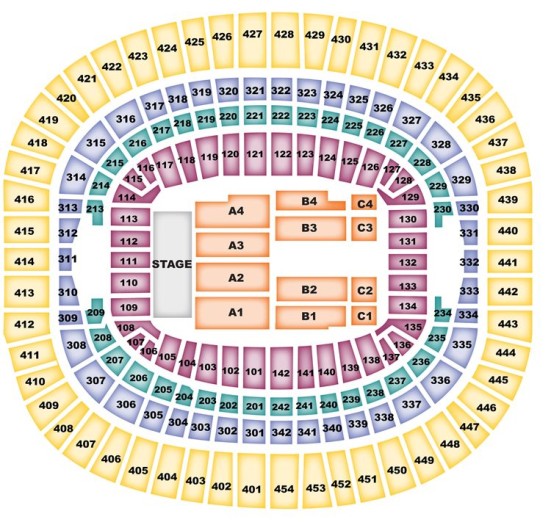