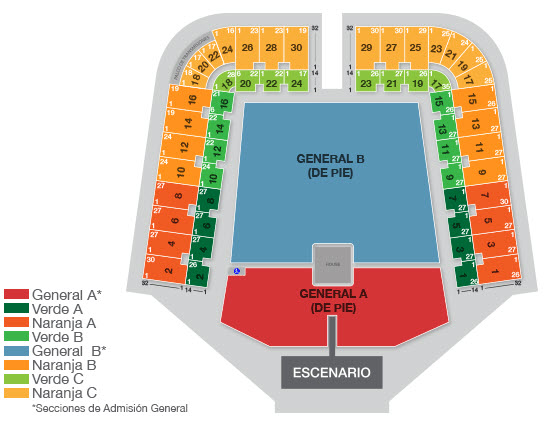 In case you ever wondered if you should take Dave Grohl & Foo Fighters seriously (at least some of the time), the band proved it following their September 2012 performance at the Global Citizen Festival in New York’s Central Park. Grohl said that would be the last Foo Fighters tour date for a while, and the band has indeed stayed away from any headlining concerts. Aside from a brief set at the 2012 Kennedy Center Honors, the recently announced Foo Fighters concert in Mexico City on December 13 with The National is the first time they’ll take over the stage since that night in Manhattan.

There’s no indication yet if the Foo Fighters concert at Foro Sol is the first of a full-fledged North American tour, but we’ll keep updating the listings as soon as more details about Foo Fighters tour dates are announced. Regardless of the number of Foo Fighters concerts on the way in the near future, they picked a pretty historic place to begin their comeback, of sorts. The second-largest concert venue in Mexico City (at about 1/5 the size of Estadio Azteca’s 105,000 seats), Foro Sol concerts are hosted alongside the stadium’s other main function as a professional baseball stadium. Coldplay, Paul McCartney, Miley Cyrus, Lady Gaga, Pink Floyd, and Justin Bieber have all played a show at the stadium, and now this Foo Fighters Foro Sol concert will bring US rock to Mexico City once again. Most would agree they’re more than capable of being more than the pretender among that group!

Tickets for the first Foo Fighters concert in over a year are coming soon! After the Foo Fighters December 13, 2013, show in Mexico City, future tour dates are TBA.