Heinz Field, the home of the Pittsburgh Steelers that opened in 2001, has consistently been seen as one of the best venues in all of football. For example, it was named the second best stadium in the NFL, behind Lambeau Field, in 2007 by Sports Illustrated.

In addition to football, the venue has hosted a variety of music, entertainment and sporting events over the years and even played a prominent role in the shooting of the blockbuster movie The Dark Knight Rises. Some highlights include hosting the 2011 NHL Winter Classic between the Pittsburgh Penguins and Washington Capitals and playing host to concerts from the pop and country worlds. Bands and artists that have played the venue include ‘N Sync, Kenny Chesney, and LeAnn Rimes.

This summer the venue will see two big names from the country and pop worlds take its stage. On June 22, Kenny Chesney will come to town along with Eric Church and Kacey Musgraves as part of his No Shoes Nation tour. On July 6, Taylor Swift, with Ed Sheeran as support, will visit as part of her Red tour.

Tickets for all concerts as well as all other events at Heinz Field this summer can be found right here at SeatGeek.

For a look at the seating chart for concerts at Heinz Field, check out the image below. The venue seats 65,050 patrons. 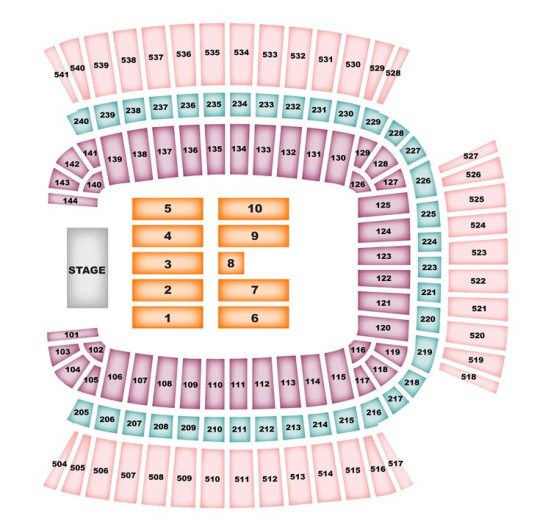