Izod Center, the former home of the New Jersey Nets (now the Brooklyn Nets) of the NBA and the New Jersey Devils of the NHL (who have since moved to the Prudential Center in Newark), opened back in 1981 and has competed with Madison Square Garden and now the Barclays Center in Brooklyn and the aforementioned Prudential Center for big concert tours coming to the New York City metropolitan area.

In its three decade plus years of existence, the Izod Center has hosted concerts from the following: Bruce Springsteen & The E Street Band have had appearances that included a 10-night sold-out run in 1984, an 11-night run in 1992 and a 15-night sold-out run in 1999. Rock greats Queen, Rolling Stones and The Grateful Dead have all played the arena as well as the Red Hot Chili Peppers, Bon Jovi, Prince, Cher and the Dave Matthews Band.

This spring and summer, the following bands and artists will play the Izod Center: Muse on April 19; Styx with REO Speedwagon and Ted Nugent on April 26; New Kids On The Block on June 13; One Direction on July 2 and Beyonce on July 31.

Tickets for all concerts as well as all other events at Izod Center this spring and summer can be found right here at SeatGeek.

For a look at the seating chart for concerts at Izod Center, check out the image below. The venue seats 20,000 patrons for concerts. 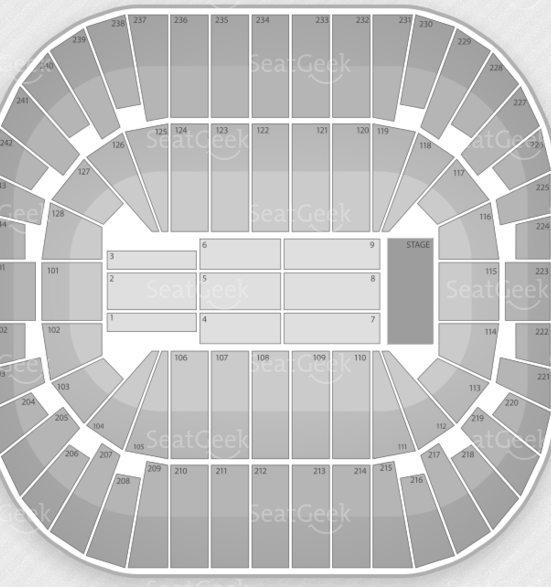