Jack White is expanding his tour of the United Kingdom and Ireland and given his track record of adding dates to his tour this summer, this may not be the last. Currently slated to play the Alexandra Palace in London on November 2, White is also adding a second show on November 3.

Tickets for this new show go on sale Friday while the rest of the UK and Ireland shows are on sale now. Check out the info below on the latest prices for all Jack White tickets.

Jack White has announced a short headlining tour in the United Kingdom and Ireland in October and November. Making waves with his debut solo album “Blunderbuss” and consistently performing both headlining shows and festivals throughout the summer, White will play gigs in Dublin, London, Bridlington, Blackpool, Birmingham and Edinburgh.

Tickets for the new U.K. and Ireland dates are on sale now. For the best deals on Jack White tickets, check us out here at SeatGeek.

Tickets for Radio City are already sold out but the new shows go on sale to the general public on August 17, this coming Friday. For the best deals on all Jack White tickets, keep it here with us at SeatGeek.

Jack White’s September 29th show at Radio City Music Hall has officially sold out. However, fans of the newly solo musician can still catch him live: Due to overwhelmingly popular demand, White has scheduled a second Radio City Music Hall show for September 30th. Click here for Ticketmaster, or check back when tickets become available on the secondary market.

Rolling Stone magazine has called him “One of the 100 Greatest Guitarists of All Time,” a fitting title for an artist about to command one of Manhattan’s great landmark venues. Jack White is scheduled to perform at Radio City Music Hall September 29th, a noted stop on his “Blunderbuss” tour promoting his debut solo album of the same name.

As fans well know, White gained fame as one half of the rock duo The White Stripes, alongside ex-wife and female (icon) drummer, Meg White. The pair split for professional good last year, allowing White to further pursue side projects, including The Raconteurs and The Dead Weather, and now, releasing his first solo album.

“Blunderbuss” dropped this past April with the distinction of securing the No. 1 spot on the Billboard 200 charts by the end of its first week. “Love Interruption” was the album’s first single, but the more recent “Freedom at 21” is quickly gaining traction among fans – at least those pressing ‘play’ on YouTube:

Radio City ranks among NYC’s noted and, in 1978, official “landmark” buildings for its ties to the city’s history. The auditorium is part of John D. Rockefeller’s Rockefeller Center in Midtown Manhattan, a complex that includes the famous New York Christmas tree and the site of the NBC comedy, “30 Rock.” 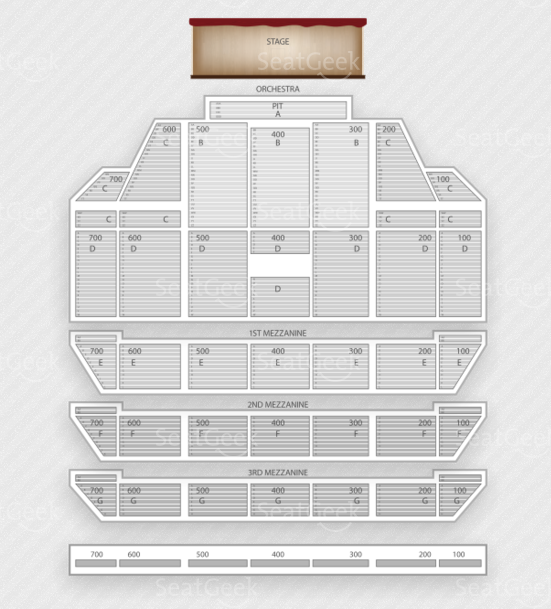 Since the 1920’s era of RCA, Radio City Music Hall has seen a number of performers come and go, those who fell flat before an audience, and those who increased the prestige of the almost century’s old stage. That showbiz ebb and flow is mimicked in the movements of The Radio City Rockettes, the hall’s calling-card troupe of dancers whose Christmas shows each year form one of the premier NYC spectacles.

Then there’s the litany of the (in)famous to be found on Radio City’s website:

In other words, Jack White will have some mighty ghosts of performances past to contend with come September 29th.

Per Ticketmaster, the range of face-value ticket prices for Jack White at Radio City Music Hall is $54-$107, including processing fees.

Coldplay: “Viva La Vida,” “Paradise,” “Every Teardrop is a Waterfall”

The Rolling Stones at the ’94 MTV Video Music Awards