Justin Bieber is currently on the road for his Believe tour, and is breaking hearts throughout the South. Joining the https://seatgeek.com/tba/music/justin-bieber-twitter-quotes-tweets/ on the road is Carly Rae Jepsen and Cody Simpson, and in a few short months the pop trifecta will take the show overseas. For now, Justin is hitting up all the major arenas in the Red States, a good distraction for his aching heart.

Click here for Justin Bieber at the Amway Center Tickets

Last night, Bieber was able to fulfill a lifelong dream when he met basketball legend Michael Jordan backstage after his show in Charlotte, NC. Or maybe it was Jordan who fulfilled his dream? The athlete couldn’t contain his excitement as he posed for a pic with the singer, while Justin stood there pointing like an aloof 18-year-old. Which he is. We wonder what other b-ball legends Bieber will encounter when he performs at the Amway Center in Orlando this weekend. Pick up your tickets from SeatGeek below and don’t miss out on the biggest tour this year!

The Amway Center is a sports and entertainment venue, located in Orlando, FL. The brand spankin’ new venue opened in October 2010 (it took two years to build), and cost $480MM in construction. Yikes! It’s home to the Orlando Magic, the 2012 NBA All-Star Game, and will be host to the NCAA Division I Men’s Basketball Tournament in 2014. Big things poppin’ for the arena, but none as big as THE BIEBER, who will perform there on on January 25. 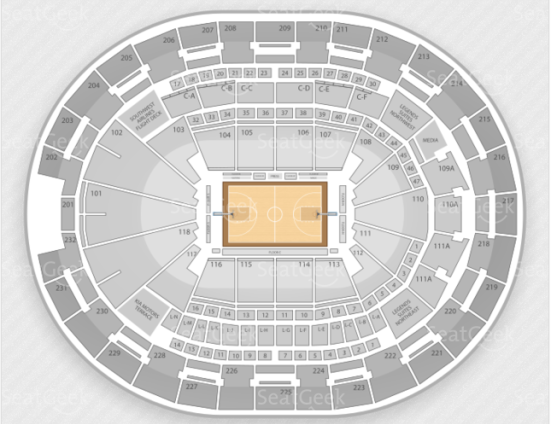