Bieber Heads to Birmingham for a Show at the BJCC

Justin Bieber is just getting started with the second leg of his “Believe” tour, and on January 16, the heartthrob will make his way to Birmingham, AL, for a show at the BJCC Arena. Get excited, my Southern peaches! The Biebinator will head to the Heart of Dixie for a gig at the 19,000-capacity venue, followed by a show in Nashville, TN, at the Bridgestone Arena the next day. Bieb-A-Licious has a busy year ahead of him, as the tour began last week at the EnergySolutions Arena in Salt Lake City, UT, and doesn’t wrap up until August 10, when he performs at the Philips Arena in Atlanta, GA.

Joining the Bippity-Boppity-Biebs on the road will be hottie Cannuck Carly Rae Jepsen. It’s a match made in teeny-bop heaven. Despite his busy schedule, unfortunately for Justin it’s his personal life that seems to be getting all the attention lately. He and Selena Gomez split for the last – for real this time, guys – time. I think a little Southern Hospitality is just what JBiebz needs.

The Birmingham-Jefferson Convention Complex – or, BJCC – has been hosting sporting, entertainment and music events, as well as hosting conventions since it opened in 1976. For most events it holds around 17,500 people, but for concerts the max capacity is 19,000. You know what that means: more room for all the Bielebers! Besides the Beebs, you can also catch Disney on Ice, American Idol Live! and WWE Raw at the venue. 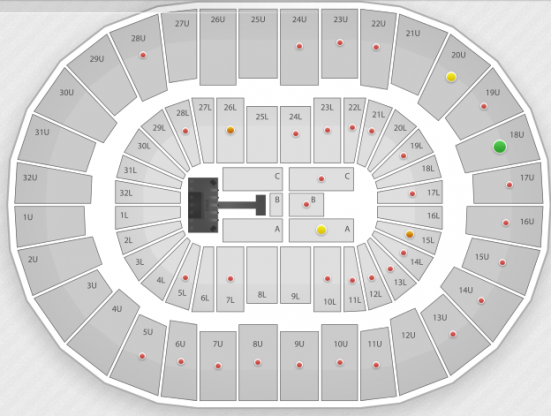