It’s a bird, it’s a plane, it’s JUSTIN BIEBER! The Beeb-meister, who I’m finding myself oddly more attracted to as the years go on, is kicking off the second half of his “Believe” tour this week, much to the delight of many-a-screaming fan across the country. The tour will see him through the United States, hitting up big arenas in places like Utah, Texas and Louisiana. Besides touring, and talk of a new acoustic album, Bieber has been in the news quite a bit lately for personal reasons. Firstly, yesterday in a tragic accident, a paparazzo trying to follow the young singer’s Ferrari was struck and killed by oncoming traffic. This came right after news that Bieber and girlfriend Selena Gomez had broken up (again) after a vacation together in Mexico. With all this commotion, I’m sure the singer is eager to get back to life on the road, doing what he does best: making the ladies swoon.

Folks living in Denver, CO, should start getting excited, as Bieber is heading their way on January 7, for a performance at the Pepsi Center. The Pepsi Center is getting a lot of great acts lately, including Bob Seger, who just announced tour dates and will perform there on April 2. Located near a ton of restaurants and bars, the venue is in the heart of the city. Hmm, maybe a lucky concert-goer will seduce Justin and take him out for a night on the town in Denver? Check below for a ton more deets on the event!

The Pepsi Center is home to the Denver Nuggets of the NBA, the Colorado Avalanche of the National Hockey League, and the Colorado Mammoth of the National Lacrosse League. And now it’s home to Justin Bieber. The venue opened in 1999, and cost around $187 to construct. For concert events, its capacity is over 20,000 people. 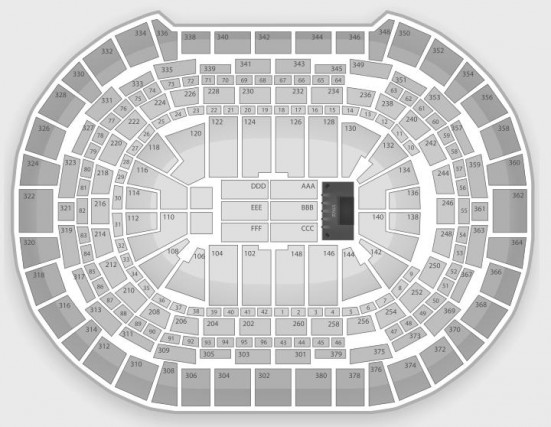