“Oh baby, baby, baby OHHH!” Oh, woops, didn’t see you there! Don’t mind me, I’m just getting amped up for the Justin Bieber “Believe” tour, which kicks off this week at the EnergySolutions Arena in Salt Lake City, UT. The Canadian heartthrob will begin the second leg of the massive tour with buddy Carly Rae Jepsen by his side (a fellow Northerner), and is sure to melt the hearts of ladies and dudes throughout North America. At the ripe age of 18 (YES!), Bieber has already traveled the world several times, and has been showered with more accolades and awards than the average person will see in his or her lifetime.

In 2010, Bieber released his first full-length studio album, My World 2.0, and besides being certified platinum, was the first album to have seven songs from a debut record to chart on the Billboard Hot 100. The same year, he was honored with an American Music Award, and has been nominated for several Grammy’s. To-date, the Beebz has sold an average of 15M albums – no biggy. Come check out Justin and his “Beliebers” when he tours the U.S. this winter. Check below for all SeatGeek details for the upcoming show at the Verizon Arena in North Little Rock, AR.

The Verizon Arena, located in North Little Rock, AR, has been entertaining the masses since its creation in 1999. Originally called the Alltel Arena, the name was changed once Verizon purchased Alltel back in 2009. The venue is home to basketball, hockey and football games, plus some WWE Smackdown action. It holds between 16,000 – 20,000 people, and cost $80M to build. Although the venue has seen its fair share of action, perhaps nobody is truly prepared for the Biebermania about to sweep this arena. 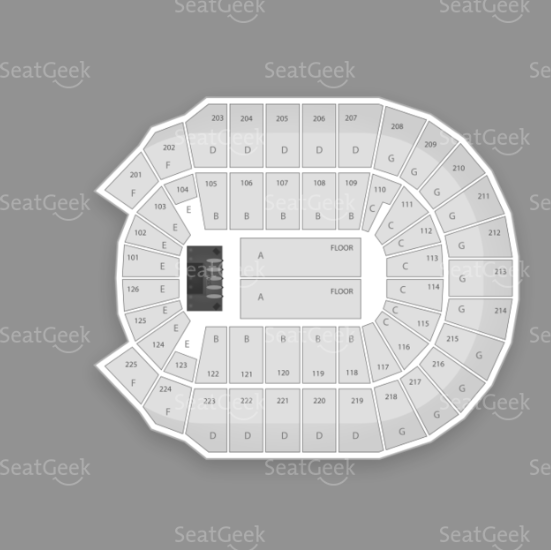