He’s one of the world’s biggest stars (his talent shining as bright as his shiny, pompadoured hair beneath stage lights), and now, he’s about to touch down in a fittingly grandiose arena. That’s right: Justin Drew Bieber will make a one-night-only appearance at Salt Lake City’s EnergySolutions Arena come January 5th. Utah teens (and their parents) will be treated to classic Biebs – “Baby,” “Believe” – as well as newer, edgier fare that screams “I’m transitioning from precocious pubescent to serious stud.” Expect recent hits including “Boyfriend” and “As Long As You Love Me” to mark just a few of the highlights during Bieber’s upcoming UT show.

Although JDB’s tickets have a habit of selling quickly – almost as fast as a TMZ paparazzo shot of the singer and his on-again girlfriend Selena Gomez becoming a top-shared item on Facebook – but luckily, we’ve got a few left! There’s always a way to find tickets on the secondary market, so be sure to keep scrolling for our list of discount deals. After you’ve reserved your seat, don’t forget to skim through our other Bieber offerings: Read up on the EnergySolution Arena’s history; take a look at the venue’s seating chart; marvel at just how much other people have historically been willing to pay for a Bieber show; study up on the star’s past setlist; and get excited for the Jan. 5 concert with a madcap sing-along to a few of Justin’s videos at the very bottom of the post.

Can’t make the Utah performance? Click here for our full list of Justin Bieber tickets (don’t worry, he’s on tour through next summer!).

Like many of the venues on Bieber’s 2013 tour, the EnergerySolutions Arena is first and foremost a sports stadium. Home to the Utah Jazz (NBA) and the now defunct Salt Lake Golden Eagles (NHL, 1969-1994), the ESA is the most recent iteration of what was once the Salt Palace Convention Center. Widely considered Salt Lack City’s premier entertainment complex, the Salt Palace boasted a capacity of 12,616 at its peak in the early ’90s – the EnergySolutions Arena, in contrast, currently houses a little under 20,000 people. Named for the largest nuclear waste company in the US, the ESA prides itself on featuring anything but trash: Fan favorites the Harlem Globetrotters, as well as musical crowd-pleasers Taylor Swift and Bon Jovi, are all scheduled to follow Bieber on the Utah stage in the coming months. 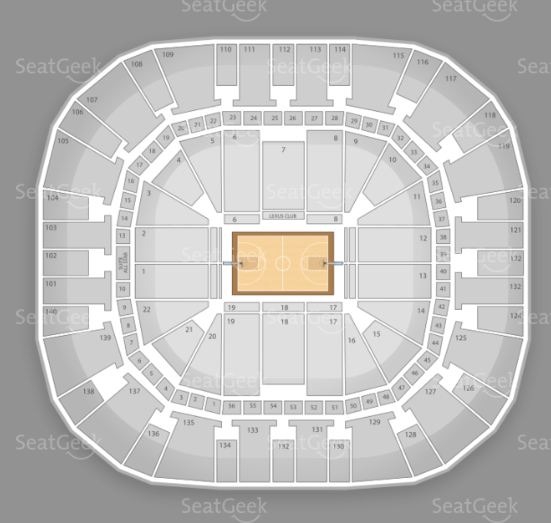