You Better Belieb It – Justin’s Coming to Columbus

Forget the Grammy Awards, Justin—we all still love you (well, minus the drummer from the Black Keys)! Who needs a bogus piece of metal to validate their existence? Not you. To show our undying devotion to Bieber-ism, it’s time to run to SeatGeek to find tickets for the closest “Believe” Tour concert date! How about Columbus, Ohio’s Nationwide Arena? Bieber visits the Buckeye State on July 12, giving concert goers plenty of time to scope out the best seats.

Did you know that on his last tour (“My World”), Bieber and crew used 30 miles of cable, 30 towels (sweaty—ew), and 20 rolls of electrical tape (that’s 1,110 yards—111 football fields) for each show? 75 hats were worn by the dancers (each dancer has his or her own hat case), and 20 guitars were used over the course of the tour. Justin and his dancers certainly burned off the 10,000 French fries, 75 Starbucks coffee drinks, Sour Patch Kids, and Gummy Worms enjoyed while backstage—the average dancer burned over 6,000 calories per show.

Remember, if you don’t get your tickets from SeatGeek soon, the Beliebers will find you and you’ll have to answer to them. And trust us—you don’t want to mess with the Beliebers (right, Selena?).

Opened in 2001, Nationwide Arena in Columbus, Ohio kicked off their concert lineup with the nation’s only two-night, sold out performance of the “Soul to Soul” tour featuring Tim McGraw and Faith Hill, and they’ve been running hard ever since. Home to the NHL’s Columbus Blue Jackets, Nationwide Arena boasts two 80-foot towers for party suites, a 70-foot enclosed glass atrium, terrazzo floors, 135-foot light tower, and open lobbies and concourses that allow fans full views as they walk the arena. The arena is also the first building in the NHL to also house a team’s practice facility (the Ohio Health Ice Haus). Located in Downtown Columbus, Nationwide Arena attracts all-star acts from all musical genres. 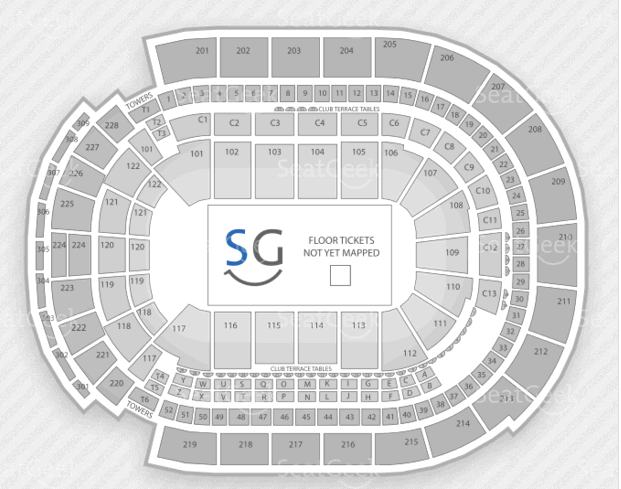