In just two weeks, Justin Bieber will make his much-anticipated appearance at the New Orleans Arena in Louisiana. For one night, fans of JDB will get their chance to watch the superstar dance, croon, change into outfits reminiscent of his mentor Usher, slip into a falsetto similar to forerunner Justin Timberlake’s, and generally assert his identity as the world’s most celebrated teen dream. New Orleans has a lot to look forward to this winter, with a little event called the Super Bowl scheduled to occupy the city this February, but depending on your age/pop-cultural proclivities, Bieber’s show is the one to watch!

Haven’t got your tickets yet? Luckily, helping you see the biggest artists, with the hottest performances, at the largest arenas, is what we do best! Keep scrolling below for our list of discount ticket links to Justin Bieber’s January 15 show at the New Orleans Arena. If you need a little help deciding where to sit, take a look at our NOA seating chart here. When you’re done, don’t forget to brush up on the venue’s history (because what else will you have to talk about while waiting for Justin’s set to begin?), satisfy your curiosity as to how much other people have paid for a Bieber show in the past, and remind yourself just how cute/likable/well-coiffed of a celebrity he is by watching this clip from the Ellen DeGeneres Show.

If that still isn’t enough Bieber for you – of course it isn’t! – take a look at our full list of Justin Bieber ticket links here.

Located right next to the Mercedes-Benz Superdome (the venue for Super Bowl XLVII), the New Orleans Arena is home to both the New Orleans Hornets and Tulane University’s basketball team. The sports-centric indoor stadium is almost 15 years old, and has housed such heavyweight talents as Billy Joel, Bruce Springsteen, Peter Frampton, Journey, Keith Urban, Jay-Z, Lady Gaga, Madonna, Stevie Nicks… and now Justin Bieber, in addition to its high-profile NBA and NFL events. At a capacity of a little under 20,000, there doesn’t appear to be a bad seat in the house – great news for those diehard, Beliebing fans in the nosebleeds! 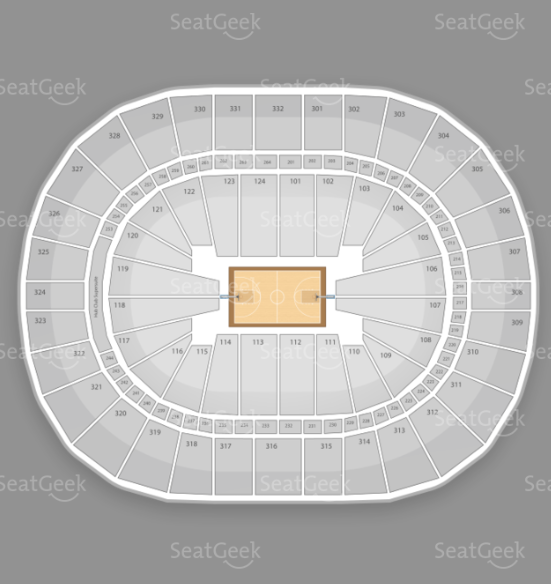 Justin Bieber: “Beauty and a Beat”