The Biebs Hits The Rock – But Not With Sean Connery

Newark, NJ, isn’t necessarily known for throngs of screaming teenage girls, but on July 30th and 31st, it may as well be. Why? Justin Bieber’s in town! Your favorite boy-turned-man will add to the sweltering end-of-July heat with back-to-back dates at Newark’s Prudential Center. Joking aside, the Biebs has earned some serious album sellage — he’s got over 15 million records sold worldwide. He’s also dominating social media with his legions of bowl-cut crazed fans. How many? About 48 million Facebook fans, more than 31 million Twitter followers, and over 3.1 billion YouTube views. That makes him the most popular YouTube artist to date and earned Bieber the 2012 Billboard Music Award for Social Artist of the Year. Not too shabby.

Need to see Bieber, lest your whole world topple down in front of you? Well, pop on over to the Prudential Center seating chart — gotta figure out where to sit, after all. Then, check out SeatGeek’s extensive list of discount deals. And, day of show, don’t forget your earplugs — all that screaming cannot be good for your aural health.

Can’t wait until this summer for the Biebs? Prepare with past setlists and practice all the choreography of your favorite videos to get you through the cold winter months.

Built in 2007, the Prudential Center houses the NHL’s New Jersey Devils and the NCAA’s Seton Hall Pirates men’s basketball team. “The Rock,” as it is affectionately dubbed, fits 17,625 fans for hockey viewing and 18,711 for basketball — just you and your closest friends. The Prudential Center has also been the home of the WNBA’s New York Liberty during the extensive renovation of New York City’s Madison Square Garden. 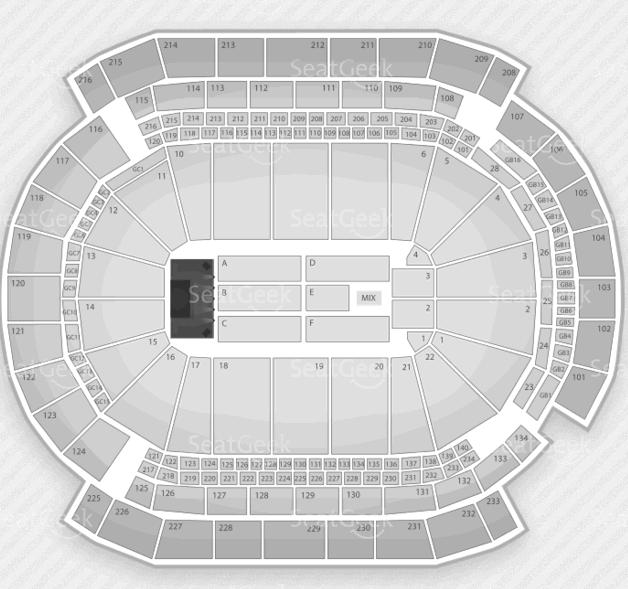