Cheesesteaks for All – The Biebs Hits The Wells Fargo Center

The Northeast may be under a blizzard right now, but we’ll help you get through with a little visualization. Think July, think warm summer nights, think your favorite music in your favorite city, think Justin Bieber. Feel better? Let the thought of Justin Bieber‘s summer concerts thaw out your freezing winter! Bieber will hit Philadelphia’s Wells Fargo Center on Wednesday, July 17, playing to what wil undoubtedly be a sold-out crowd. Will you be a part of it? With the help of SeatGeek, of course you will!

Now we talk a lot about Bieber on this site, but I bet there are plenty of things you didn’t know about our adolescent singing angel. Justin gains an average of nearly 210,000 fans on his Facebook page per week. While filming the video for his song “Eenie Meenie”, a Bentley was damaged on set and cost Bieber $50,000 to fix it (oops!). He appeared on an episode of CSI in 2010, his favorite color is purple (how regal!), and he is a Pisces, if you’re into that sort of thing. Use all of this information to impress Justin Bieber at his Wells Fargo Center show, and you’re sure to get backstage. Maybe. Hopefully?

Can’t wait until this summer for the Biebs? Recreate the concert experience with past setlists and videos to get you through the cold winter months.

Home of the Philadelphia 76ers, Philadelphia Wings, Philadelphia Flyers, and Philadelphia Soul, Philly’s Wells Fargo Center sees plenty of athletic action. The Center, completed in 1996, was built on the former site of John F. Kennedy Stadium for $210 million. Seating 20,318 for basketball and 19,537 for hockey, the Center set a Pennsylvania attendance record when the Flyers lost to the Chicago Blackhawks in Game Six of the 2012 Stanley Cup Finals. Tough break! But Wells Fargo Center doesn’t honor only their own: there are two banners in Flyers colors (orange and black) to commemorate both Billy Joel‘s 48 sellouts in Philly and Bruce Springsteen‘s 53 Philadelphia sellouts. 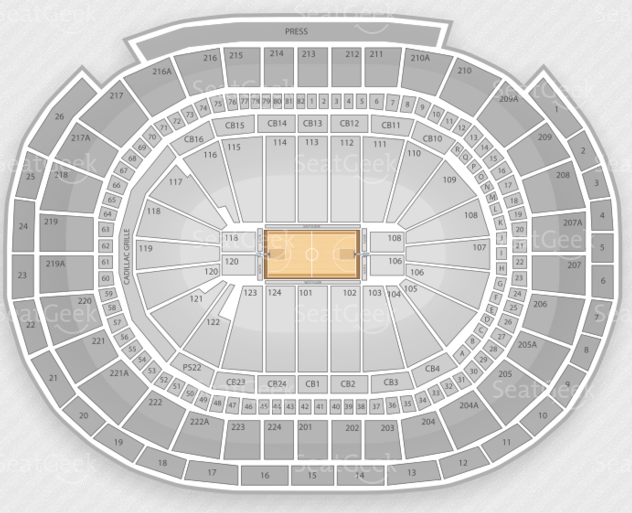