Teen heartthrob-turned-Timbaland-collaborator-turned-big-band-frontman Justin Timberlake is now on the road for “The 20/20 Experience Tour” (promoting his album set of the same name), and on November 15, 2013, Timbatimbatimbalake (yay for inside ‘NSYNC fan jokes) will be making a stop in his home state (he doesn’t call his band the Tennessee Kids for nothing). His Nashville show will take place at the Bridgestone Arena, and you can bet that his family and friends will all be in attendance (you should be, too – SeatGeek can help with that!). “The 20/20 Experience Tour” begins in October and will visit a slew of cities in North America, South America, Europe, and Australia, so if you’re not in Nashville and still want to see Timberlake and his fly dance moves, there’s still hope.

Located in Downtown Nashville, Bridgestone Arena is the home of the NHL’s Nashville Predators. But it’s not all hockey: due to its close proximity to the world of country music, Bridgestone Arena has also housed the CMA Awards, CMT Music Awards, and Grammy Nominations Concert Live!, as well as WWE wrestling and hundreds of concerts from the world’s biggest acts.

For tickets to Justin Timberlake shows or shows from your other favorite artists, stay on SeatGeek for the latest. 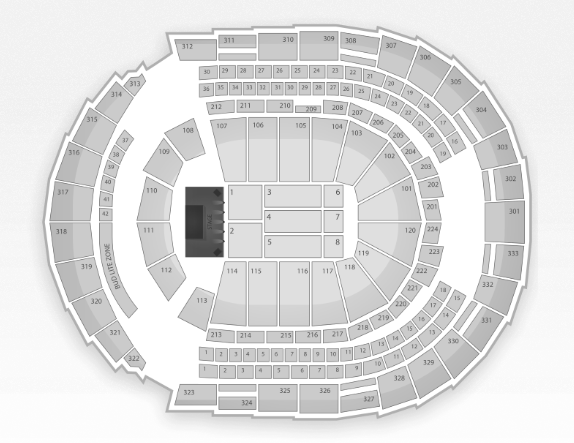