Key Arena May Not Have Basketball, But It Will Have Summer Concerts

Key Arena, located north of the downtown area in Seattle and the former home of the Seattle Sonics (now the Oklahoma City Thunder), opened back in 1962 and is now primarily a venue used for entertainment purposes, such as concerts, ice shows, circuses, and professional wrestling events.

In the 50 years it has been open, Key Arena has hosted hundreds of concerts, some of the highlights which are as follows: Pearl Jam a total of eight times; Red Hot Chili Peppers a total of six times; Eric Clapton four times; Elton John four times; Bob Dylan three times; Bon Jovi; Muse; Green Day and Kings of Leon.

This spring and summer, the following acts will visit Seattle and play Key Arena: Bruno Mars on July 21; One Direction on July 28 and later on in the year, Pink on October 20.

Tickets for all concerts as well as all other events at Key Arena this spring and summer can be found right here at SeatGeek.

For a look at the seating chart for concerts at Key Arena, check out the image below. The venue seats 16,641 patrons for concerts. 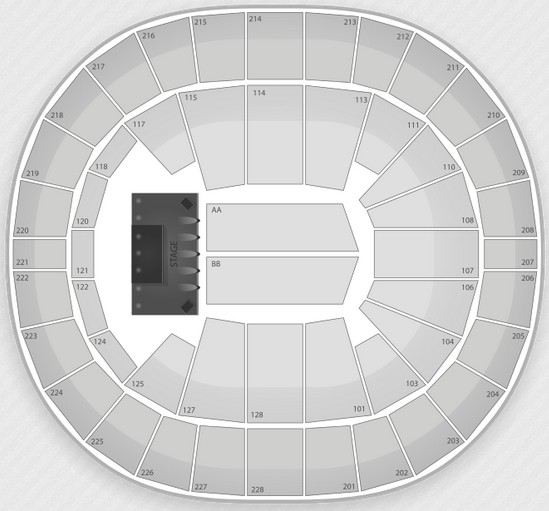