KFC Yum! Center, the basketball home of the NCAA Champion Louisville Cardinals men’s basketball team, is located on the waterfront of the Ohio River in Louisville. The venue opened in 2010 and has been a new stop on many concert tours at all times of the year.

This spring and summer, the following acts will be playing the KFC Yum! Center in Louisville: Fleetwood Mac on April 11; Jason Aldean on April 19; Taylor Swift on May 7; One Direction on June 16; New Kids On The Block on June 24; Eagles on July 6 and Bruno Mars on August 18.

Tickets for all concerts as well as all other events at KFC Yum! Center this spring and summer can be found right here at SeatGeek.

For a look at the seating chart for concerts at KFC Yum! Center, check out the image below. The venue seats 17,500 patrons for concerts. 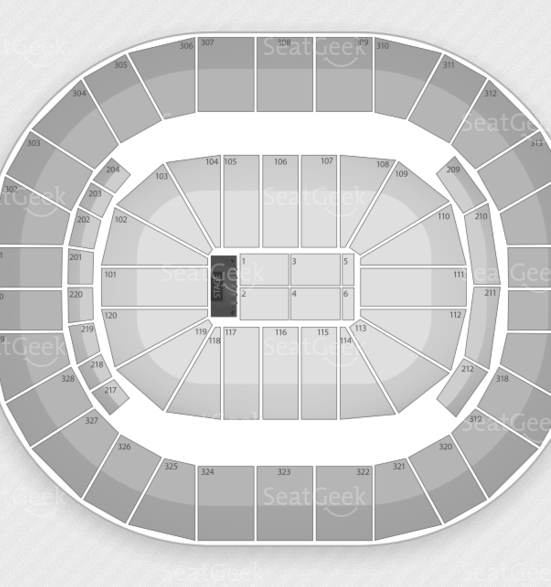