It’s official. Madonnas’s MDNA tour was the highest grossing tour of 2012 worldwide. In stats released by Billboard, the tour, which ran for the majority of 2012 across the globe, raked in approximately $228 million, surpassing other big names acts like Bruce Springsteen & The E Street Band, Roger Waters, Coldplay, Lady Gaga and Van Halen.

The tour was full of interesting highlights: gruntled French fans booing due to a short set, outrage in Denver after she displayed a gun on stage after the Aurora shooting and upsetting Russian fans by handing out pink anti-homophobia wristbands.

Check out a breakdown of what tickets ran for access to the MDNA tour:

Looks like devoted Aussies won’t have a chance to give Madonna all their luv after all. Although Madge never announced she would play any Australian shows, that was the unspoken understanding. Many media outlets have reported stadiums in Sydney and Melbourne had already been booked for early 2013.

Not so, Madonna’s concert promoter, Live Nation, recently announced. “Madonna’s tour will end in South America in December as planned. That’s all we can say.”

That’s an unusually tight-lipped response from the normally outspoken star. But then, the norm was never really Madonna’s thing.

This year is going to be packed with some amazing artists on tour. No showdown will be more hyped than the two tours of Madonna and Lady Gaga. Will 2012 be a year of LUV MADONNA or one for the Gaga’s Little Monsters?

Madonna releases her dates for her tour in support of her new album MDNA. Keep checking back here at SeatGeek for Madonna tickets.

View all dates by clicking here >

Looks like Madge might be teasing us all a little bit with her new stadium set up and stage. If you thought the Super Bowl was lavish, expect even more as she hits the road. What do you think of the prices? 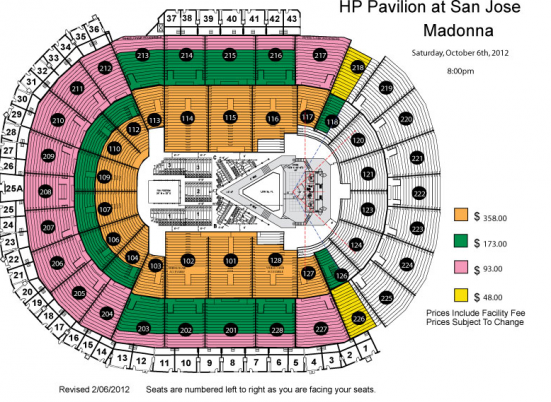 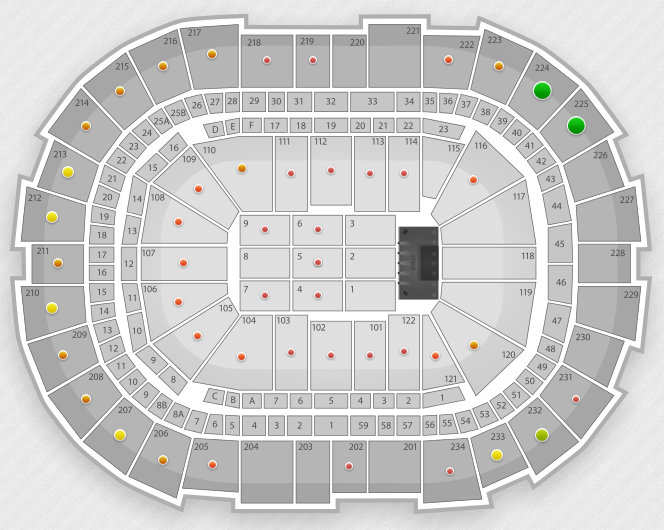 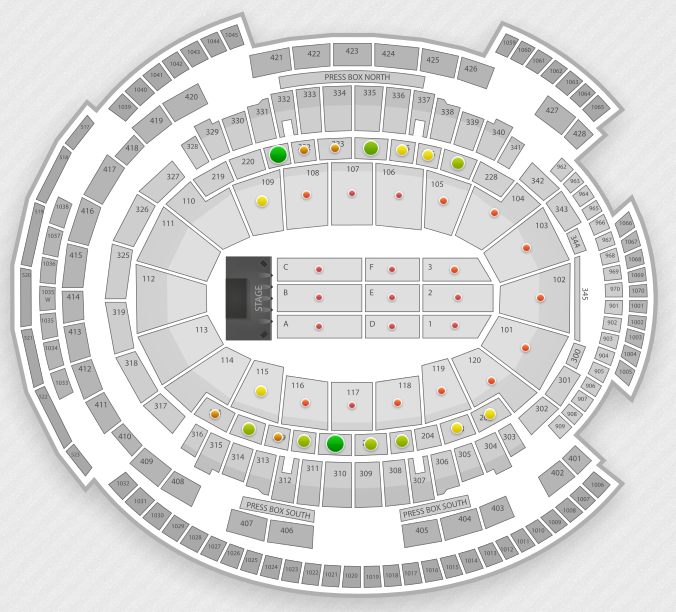 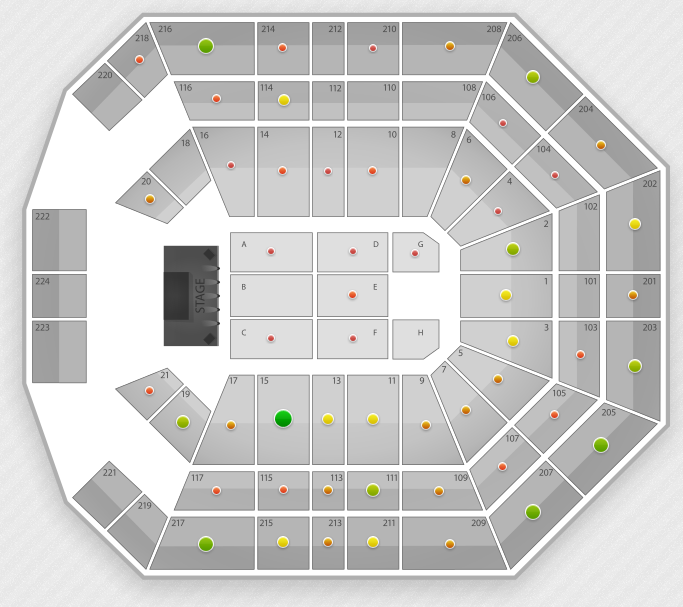 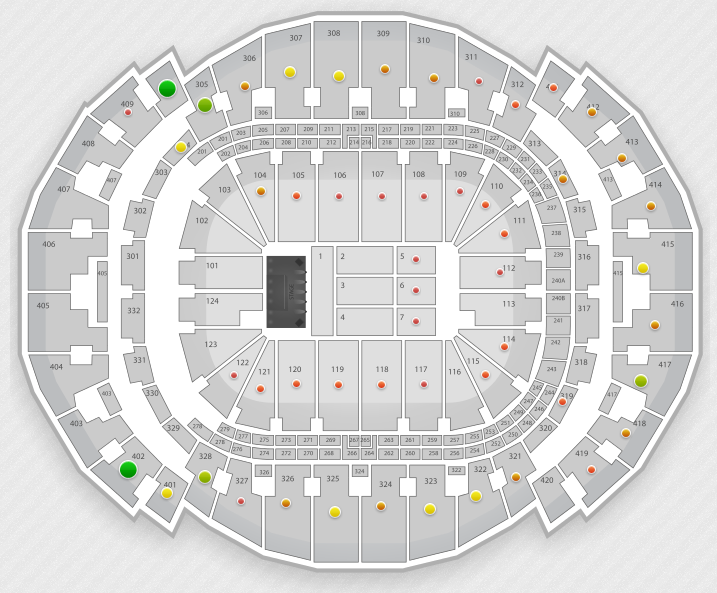 Madonna put on a highly entertaining Super Bowl Halftime Show last night in Indianapolis with a cadre of guests. Ushered into the stadium in grand style as an Egyptian Queen. It was quite an exciting 12 minutes with appearances by LFMAO, Nicki Minaj & M.I.A. for Madonna’s new song Give Me All Your Luvin’ and Cee-Lo for Like a Prayer.

Pollstar is grading Madonna’s performance a vote for the best Super Bowl Halftime Show of all time. Cast your vote!

Official Music Video for Give Me All Your Luvin’

Does anybody really know how she moves like this at her age? It’s amazing.

Madge is back at it again. She’ll be the entertainment for the Super Bowl Halftime Show February 5th, 2012 at Lucas Oil Stadium. That makes it prime for her to promote her new 12th album, MDNA, both an abbreviated version of her name and perhaps a nod to the music in her genes. The announcement was made on her official website and a demo of her new single has been making the rounds on the interwebs. Collaborating with Nicki Minaj and M.I.A.

Madonna had been on Warner Brothers Rcordssince 1982, alongside Van Halen. Both have joined Interscope records and add the their impressive roster, which also touts Lady Gaga and U2. 2012 is full of anticipation as we wait for Van Halen, Lady Gaga and Madonna to kick off their tours.

4/27/2012 Update: Madonna has announced her upcoming MDNA Tour will now kickoff May 31st at Ramat Gan Stadium in Tel Aviv, two days later than originally planned. The cause for the delay is reportedly production issues. Tickets showing the original May 29 date will be honored for the May 31 show.

4/4/2012 Update: Madonna’s album ‘MDNA’ topped the billboard charts this week as Adele’s 21 slipped to the third spot. This marks the 3rd decade that Madonna has put out a #1 album. If you are doing your math, you might notice that that number looks 1 decade too small. Well, Madonna surprisingly had no #1 albums in the 90s, but still had a strong decade with five #2 albums.

Madonna hasn’t been on tour since 2008-2009, when she was promoting her album Hard Candy on her Sticky and Sweet Tour. During the life of the tour, Madonna grossed $408 million (second highest grossing tour of all time) and reached out to over 3.5 million fans.

Madonna: Gimme All Your Luvin’

Expect more records to be broken. Excited about the new album? Let us know in the comments and hit us up @SeatGeek.

Madonna’s Rebel Heart Tour Coming to a City Near You