Oracle Arena, home of the Golden State Warriors and located on the Oakland side of the Bay Area, opened in 1966 and currently has the largest seating capacity of all NBA venues, holding 19,596 spectators.

The venue has over the years hosted many big indoor concerts. Of those concerts, here are a few highlights of shows that have taken place at Oracle Arena: Bruce Springsteen & The E Street Band; Muse; The Killers; Foo Fighters; Red Hot Chili Peppers; Aerosmith; Bob Seger and Lil Wayne.

This spring and summer, the following bands and artists will be visiting the Bay Area and will play Oracle Arena: The Rolling Stones will rock the house on May 5; One Direction will perform for Bay Area teenage fans on July 31 and later on in the year, Pink will play the stage on October 10.

Tickets for all concerts as well as all other events at Oracle Arena this spring and summer can be found right here at SeatGeek.

For a look at the seating chart for concerts at Oracle Arena, check out the image below. The venue seats 20,000 patrons for concerts. 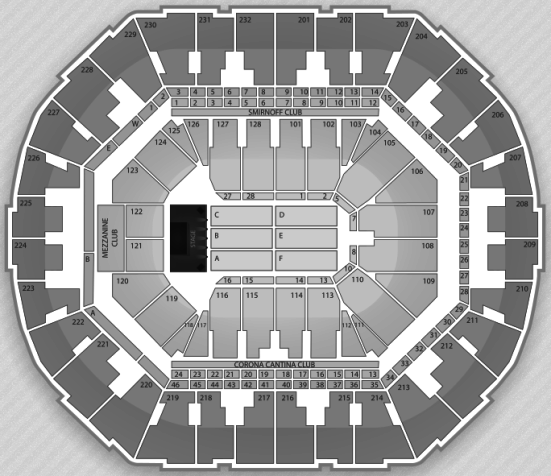