Pinewood Bowl Theater, located in the college town of Lincoln, NE, is situated within Pioneers Park with a very beautiful surrounding for summer outdoor concerts. The inaugural summer concert season for the venue just so happened to be last year, where Lincoln music fans saw Counting Crows, Train, My Morning Jacket, Crosby Stills & Nash, B.B. King and Mumford & Sons all played the venue.

This summer concert season, the concert schedule for Pinewood Bowl Theater is just starting to take shape and the following acts will be playing the venue: Styx with Reo Speedwagon and Ted Nugent on May 11; Alice in Chains with support from Halestorm and Bullet For My Valentine on May 24; The Lumineers on May 30 and Widespread Panic on June 21. The schedule is sure to be filled out in the coming months, so check back here for the latest if your looking to catch a show at Pinewood Bowl Theater.

Tickets for all concerts at the Pinewood Bowl Theater this summer can be found right here at SeatGeek.

For a look at the seating chart for concerts at Pinewood Bowl Theater, check out the image below. 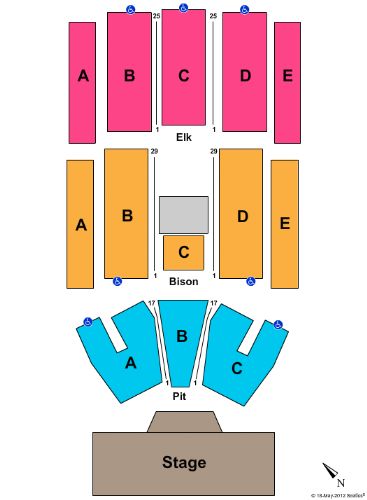