Ravinia Pavilion, located in the Chicago suburb of Highland Park, IL, has been a staple on the Chicago summer concert scene since way way back in 1904. In recent years, the outdoor venue has been a destination for notable musical acts during the summer months. This year will be no different as several big name acts will take the stage at Ravinia Pavilion.

Bands and artists that will play Ravinia Pavilion this summer include the following: Sting on June 7 and June 8; Jewel on June 16; Jackson Browne on June 26; Darius Rucker with support from Rodney Atkins and Jana Kramer on June 28; Matchbox Twenty and the Goo Goo Dolls on both July 2 and July 3; Willie Nelson on July 14; Sheryl Crow on July 19; Steely Dan on both August 1 and August 2; Josh Groban on August 10; Journey on both August 20 and August 21 and Chicago on both August 24 and August 25.

Tickets for all concerts at the Ravinia Pavilion this summer can be found right here at SeatGeek.

For a look at the seating chart for concerts at Ravinia Pavilion, check out the image below. 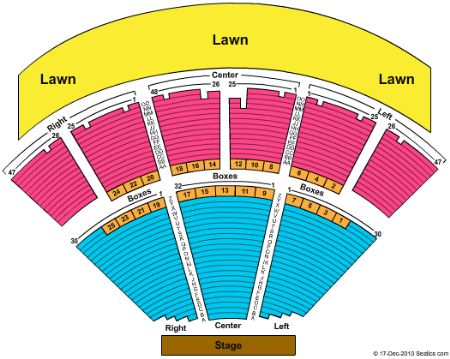