Rexall Place to Stage Big Concert Tours in Edmonton in 2013

Rexall Place, home of the Edmonton Oilers and the third oldest venue in the NHL, opened way back in 1974 and is the home for major indoor concerts in the Canadian province of Alberta along with the Scotiabank Saddledome in Calgary.

Major concerts that have played at the venue include Canada’s own Nickelback for a total of five times; Metallica for a total of four times; Motley Crue; Aerosmith; Keith Urban; Rihanna; Lady Gaga; Van Halen; Red Hot Chili Peppers and the Foo Fighters.

This spring and summer the following concerts are coming to Edmonton at Rexall Place: Motley Crue on April 28; Bob Seger on May 11; Fleetwood Mac on May 15; Carrie Underwood on May 18; Mumford & Sons on May 22; Taylor Swift on June 25 and June 26; KISS on July 12 and Bruno Mars on July 18. Later on in the year, Pink will be playing Rexall Place on October 23.

Tickets for all concerts as well as all other events at Rexall Place this spring and summer can be found right here at SeatGeek.

For a look at the seating chart for concerts at Rexall Place, check out the image below. The venue seats 12,000 patrons for concerts. 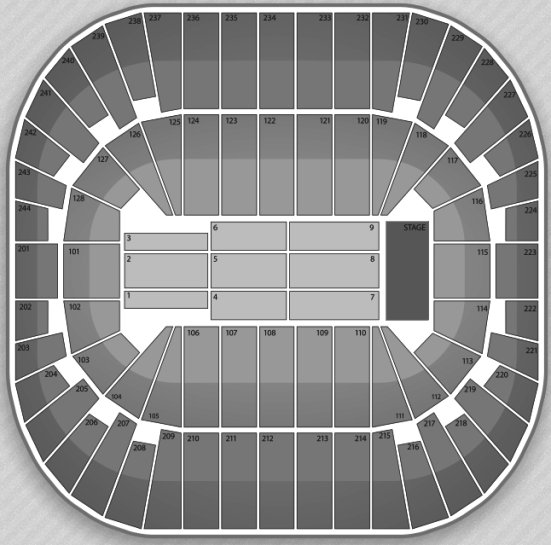