The Disco Biscuits to Perform 4-Night NYE Run in NYC

Earlier today Umphrey’s McGee announced their plans for Halloween, and now news of the Disco Biscuits‘ three-night New Year’s Eve NYC run has been revealed. The info, while exciting, can only mean one thing: summer is coming to an end. Luckily, the sweet sweet sounds of these jam bands should carry us through the fall and winter, now matter how chilly.

The New Year’s announcement comes shortly after the band revealed Halloween plans (which includes one night in Boston, followed by two nights in upstate New York). This year, they’ll perform at the Best Buy Theater in New York City from December 30 to January 2 (hopefully joined by Phish at the close-by Madison Square Garden? Eh?) Tickets are on sale now via the BiscoTix Fan Club. TDB will also perform at the North Coast Music Festival, taking place over Labor Day Weekend. Check below for more info on their Best Buy New Year’s Even run, and stay tuned for more info as it unfolds.

Tickets for the Disco Biscuits at Best Buy Theater 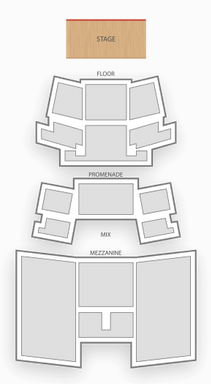 Disco Biscuits & the Dead Bring Life to Gathering of the Vibes