The Rolling Stones had so much fun on their last No Filter tour, they’ve decided to do it again. The band has announced 15 new  No Filter stadium shows spread out across May, June and July. The tour kicks off on May 8 in San Diego at the SDCUU Stadium, followed by concerts in Vancouver, Minneapolis, Nashville, Austin and Dallas.

After a performance at New Era Field in Buffalo on June 6, and Ford Field in Detroit on June 10, the tour makes it way down the coast. Notable stops include Heinz Field in Pittsburgh, PA on June 23, and The Dome at America’s Center in St. Louis, MO on June 27. The tour comes to a close on July 9 at the Mercedes-Benz Stadium in Atlanta, GA.

Tickets go on sale to the general public on Friday, February 14. Tickets sold out or searching for the perfect seats? Use SeatGeek and save $20 off your purchase of $100 or more by entering code TBA20BLOG at checkout. Browse tickets here or view upcoming shows below.

When is the Best Time to Buy Rolling Stones Tickets?

Unless you’re lucky enough to score tickets during the general onsale, most fans will have to turn to the secondary market to secure seats to the Rolling Stones‘ No Filter tour. But when is the right time buy? According to 2019 data from their last North American trek, it seems that if you can stomach it, waiting until the event gets closer is the smartest move. 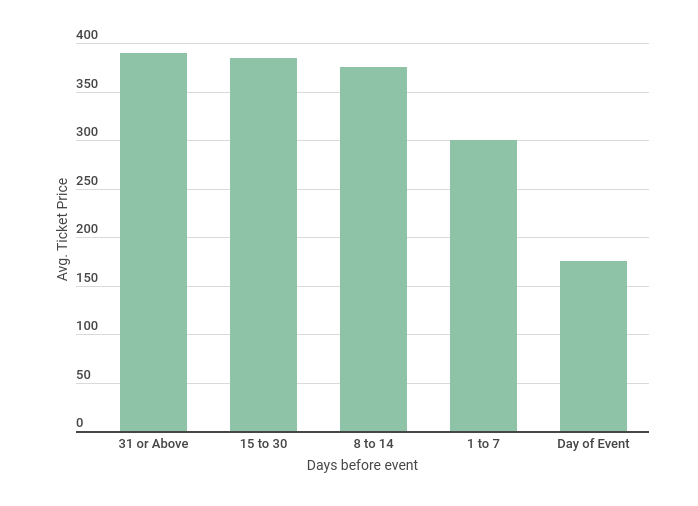 On average, secondary Rolling Stones tickets cost upwards of $390 on SeatGeek when the concert was well over a month away. A week before the event, tickets dropped almost $100 dollars and cost an average of $300. And on the day of the actual performance? Buyers could snag tickets for as low as $170, less than half the original cost.