Since it opened in 1997, acts that have performed at Viejas Arena include: Foo Fighters, Linkin Park, Metallica, Van Halen, Green Day, Lady Gaga, One Direction, Tool and Drake.

This spring and summer, bands coming through the San Diego area that will make a stop at the Viejas Arena for a gig are as follows: Fleetwood Mac on July 5 and the Jonas Brothers on August 14. Given the light calendar to date, you can probably expect more to be announced on the horizon.

Tickets for all concerts as well as all other events at Viejas Arena this spring and summer can be found right here at SeatGeek.

For a look at the seating chart for concerts at Viejas Arena, check out the image below. The venue seats 12,845 patrons for concerts. 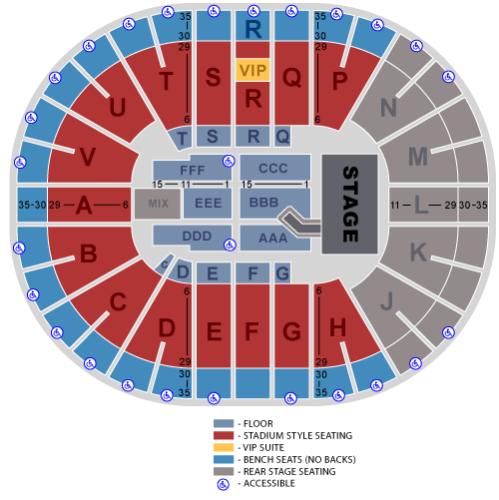