Wells Fargo Arena, located in Des Moines, IA, is the premier indoor venue in the Des Moines area for indoor sporting events, live entertainment and concerts coming to town. The first event held at the arena was Tony Hawk’s Boom-Boom Huck Jam on July 14, 2005, while its first concert, Tom Petty & The Heartbreakers, was held on July 18, 2005. (source: Wikipedia)

This spring and summer, the following bands and artists will be coming to Des Moines and playing Wells Fargo Arena: Bon Jovi on April 14; Kenny Chesney on April 27; Fleetwood Mac on June 26; Justin Bieber on July 7 and Taylor Swift on August 1.

Tickets for all concerts as well as all other events at Wells Fargo Arena this spring and summer can be found right here at SeatGeek.

For a look at the seating chart for concerts at Wells Fargo Arena, check out the image below. The venue seats 16,980 patrons for concerts. 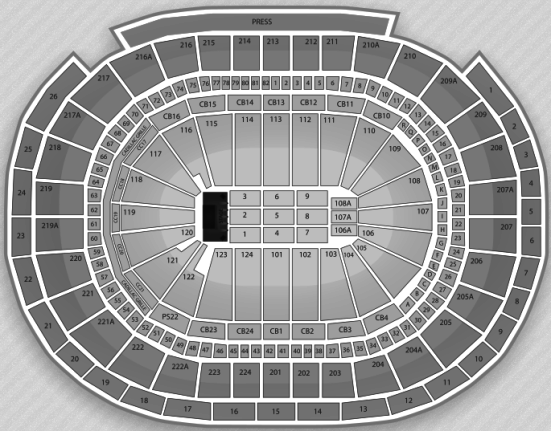