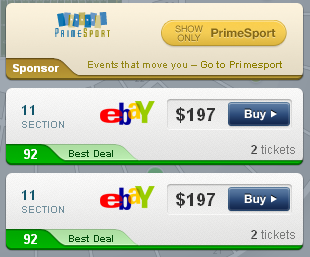 
This year’s installment of the Rose Bowl Game will occur on Monday, January 2, rather than its traditional New Year’s Day time slot, but fans from the Midwest to the West Coast descending on Los Angeles must surely think it’s worth the wait. Heisman hopefuls Russell Wilson and Montee Ball of Wisconsin and LaMichael James of Oregon will lead their respective teams into college’s “Grand Daddy of them All” under the familiar banners of Big Ten and Pac 12 champions, but this will not be your grandparents’ Rose Bowl when it’s all said and done. 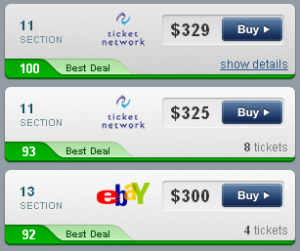 The Oregon Ducks and Wisconsin Badgers rank as two of college football’s top four scoring offenses, and it’s likely that the defenses won’t be quite ready for either attack, even with a full month to prepare. In Wisconsin, you have Wilson at quarterback, a fifth-year senior who transferred into one of Madison’s graduate programs for his final year of eligibility after being essentially disavowed from his old program, North Carolina State. It took back to back conference losses on the road to Michigan State and Ohio State in October to submarine both his chances at the Heisman and Wisconsin’s bid for a national title, but dominant performances in November and revenge versus the Spartans in the Big Ten title game led the quarterback and the Badger back into the BCS spotlight.

Running back Montee Ball had his breakout season last year while sharing carries with senior John Clay and has shined this season with the keys to the car all to himself. Behind a talented and veteran offensive line, Ball became the second Wisconsin player on the Heisman radar, running for over 1,750 yards – at over 6 yards/carry! – and 39 total touchdowns (32 on the ground, six as a receiver, and one on a pass he threw to Wilson). Ball is likely to declare of the NFL Draft, and a shootout against an Oregon team with defenders undersized compared to the UW line creates big play potential for his sendoff.

On the other side of the ball, much of the hype about Oregon’s infinite uniform combinations can mask the talent, quickness and breakneck speed with which they run their offense, daring opposing defenses to keep up. One player who consistently overcomes the hype with his performance is running back LaMichael James, a tough player with the ability to read defenses, serve as a threat as a receiving threat from the backfield and the top-notch speed to score on one play from anywhere on the field. James has suffered from a number of injuries this season, including multiple problems with his elbow, but he has continued to lead the team and solidify himself as a top NFL prospect despite the pain.

James, quarterback Darron Thomas and the rest of Oregon’s talented offensive weapons benefit from the scheme and relentless pace set by head coach Chip Kelly. His approach to the game is built on speed between plays and hustle to the line of scrimmage, most notably embodied by the sign system Oregon employs to communicate plays at a rate impossible by the conventional college means of substitution and hand signs alone. Kelly and his staff may still be underrated, however, given the presumed novelty of their offense’s speed. Oregon’s explosiveness is often most evident in the third quarter when Kelly’s staff has had time to figure out how they are being defended and then making adjustments; it’s the ability to quickly identify the opponent’s weaknesses and exploit them that keeps this team successful and appearing in the biggest bowl games.

SeatGeek offers you the convenience of seeing all of the listings from ticket sites around the country in one place with the added value of Deal Scores that rate the value you’ll receive on an offer at any given time. If you plan on descending on the 2012 Rose Bowl to catch your Ducks or Badgers in action, start your search for Rose Bowl tickets with these few highlights.

If you have any questions about buying Rose Bowl tickets, contact us on Twitter @SeatGeek or write chad@seatgeek.com. Enjoy the games!