With an average resale price of less than $90 for both the First Round sessions right now, the upcoming games at BOK Center (from March 17-19) will almost certainly be the cheapest in the NCAA Tournament this year. In fact, the Tulsa location is the cheapest we’ve seen over the past three tournaments. 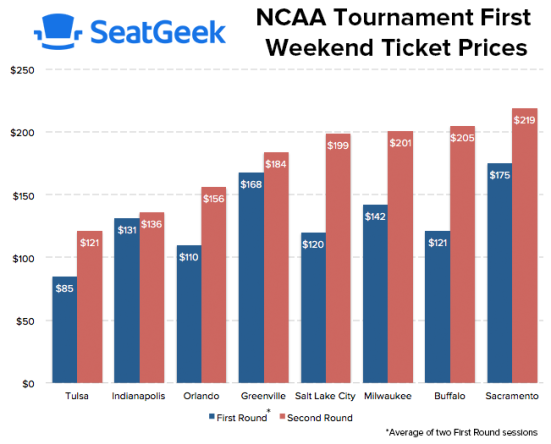 Currently, Session 1 at the BOK Center is averaging $82 on the secondary market; Session 2 is $87; Session 3 is $121; and a Full Strip ticket is $480. Click here to browse SeatGeek’s entire inventory of 2017 NCAA Tournament tickets.