Cheapest Baseball Tickets 2012 – “Am I Overpaying?”

We are sixty plus games into the MLB season, and some interesting trends have developed in the secondary ticket market. Take a look at the graph below: 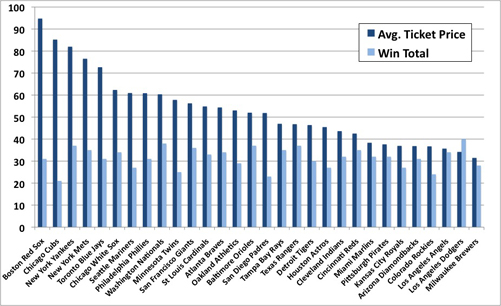 Now look at the same graph, but ordered by Win Total: 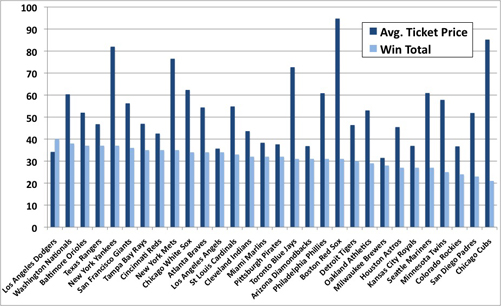 It should come as no surprise that some of the most expensive tickets are for major market teams:
1. Boston Red Sox
2. Chicago Cubs
3. New York Yankees
4. New York Mets

More interesting is the high disparity between win totals (as of June 16th, 2012) and ticket prices for the Los Angeles Dodgers and Chicago Cubs. Dodger’s tickets are averaging a dismal $34 on the secondary market, despite their MLB leading record.

On the other hand, Chicago Cub’s tickets are fetching an average $85 on the secondary market. However, the Chicago Cubs have the worst record in all of baseball. In just the last seven days, Cub’s tickets averaged $71 while losing five of seven games.

24/7 Wall Street comments that these exorbitant prices can be explained by “the long-term popularity of the team, the historical size of its fan base, the availability of seating.”

At this point, you are probably still asking yourself, “Am I overpaying for baseball tickets?” On a relative basis, small to mid-market teams offer the best value based on winning percentage and ticket pricing.

Nonetheless, the New York Yankees secondary market tickets offer a better value than most other teams. Data by SeatGeek shows that 66.39% of Yankees tickets are sold at a price under face value. 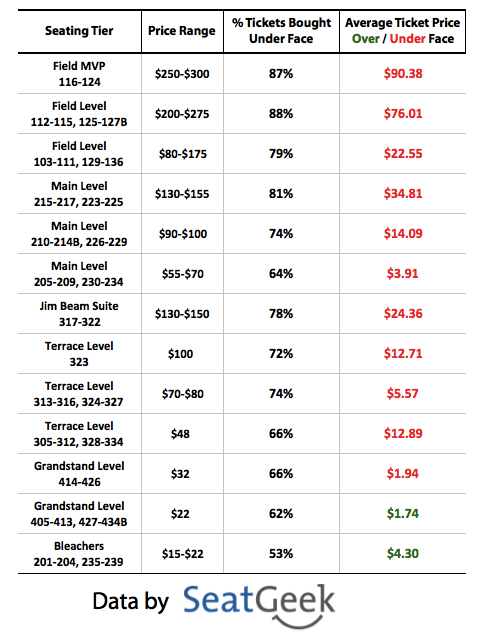 Ultimately, the value needs to be determined on a case by case basis. Check out SeatGeek to see how ticket pricing is trending based on matchup and face value.

Lastly, another interesting trend is how drastically ticket prices have changed over the last two years. The graph below depicts ticket prices for the first two and half months of the 2010 and 2012 season. 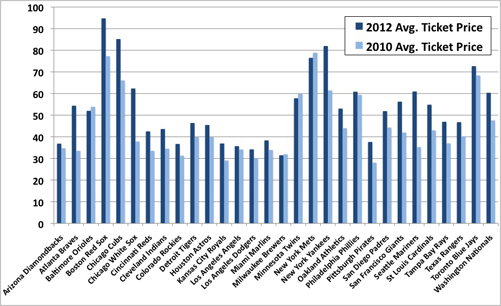