The NCAA Division 1 Baseball Championship is a 64-team fight for the right to be known as the nation’s best baseball team. The College World Series is the culmination of that tournament, as eight teams compete for the National Championship title. It’s a fantastic display of baseball and a huge part of the summer sports schedule.

Let’s take a look at everything you need to know about the 2019 College World Series–including how to get tickets.

When and Where is the College World Series

The 2019 CWS will start on Saturday, June 15 and wrap up on Wednesday, June 26. Each game will take place at TD Ameritrade Park in Omaha, Nebraska. It marks the 70th straight year that this event has taken place in Omaha.

The CWS features two double-elimination brackets, each with four teams. The winners from each bracket compete for the championship in a best-of-three Final. The first game of the CWS begins at 1 PM EST on June 15 and the first game of the Finals takes place at 6 PM EST on Monday, June 24.

You can find the entire schedule here; take a look at the (currently blank) NCAA tournament bracket here.

Tickets for the entire College World Series are available on SeatGeek starting at $20. Check out our full listing page here or view select tickets below. Use code TBA20BLOG for $20 off your purchase of $100 or more. 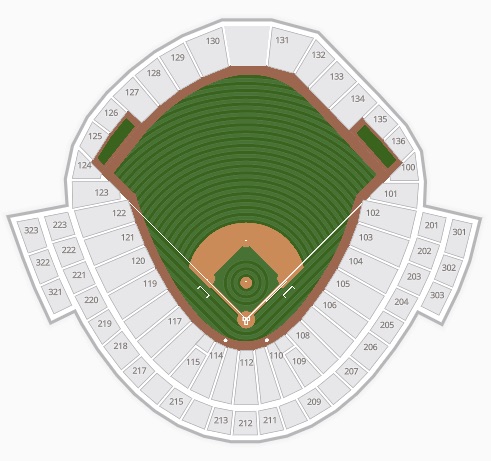 With conference tournaments on the horizon (at the time of this writing), there’s still plenty of baseball to be played before the 64-team bracket is determined. So much has to happen before we reach the eight-team CWS, but there are certainly some favorites in the mix to win the National Championship.

UCLA sits atop the Top 25 rankings as well as the Pac-12 standings. The team has already won 40 games and is 8-3 against fellow Top 25 teams. No doubt that the Bruins will be a number one seed and tough contenders during June.

A team to watch as a potential sleeper come tournament time is UC Santa Barbara. After a losing record in 2018 (27-28-1), the Gauchos have completely turned things around. Currently, the Big West squad is 37-7 and its pitching has the best ERA in the conference. This is a team that could potentially knock off a bigger ball club during the tourney.

Also, let’s not forget about the defending National Champion Oregon State Beavers. The team has struggled at times throughout the year, but still sits tied at the top of the Pac-12 alongside UCLA and Stanford. The Beavers rank 11th in the nation and will surely be a fixture in the tournament. Don’t count out a repeat for the 2018 champs.