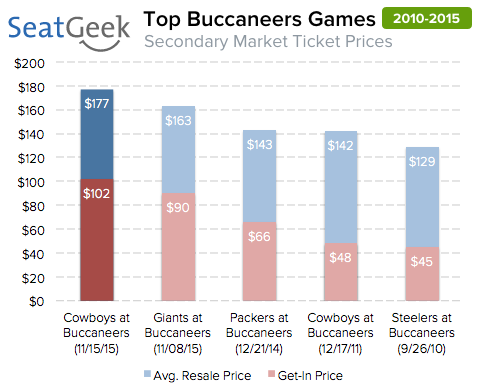 (*Data based on secondary market inventory)


While this game will be the Bucs most expensive home game of the past five years, it’s still not as hot as Taylor Swift’s visit two weeks ago, which had an average resale price of $236. Overall, this season the Bucs have the 20th most expensive secondary market tickets in the NFL, with an overall average resale price of $122. Click here to see a full listing of Tampa Bay Buccaneers tickets.
Tweet
Share