The greatest month in sports is back in just a few weeks when March Madness 2019 kicks off on March 19. The field of 68 college basketball teams will be competing for a chance to play in the coveted Final Four, which starts on Saturday, April 6.

For fans who have the special opportunity to follow their team to basketball glory — or who just might be in town for one of the greatest sporting events of the year — choosing the right seats for the game is an important part of the Final Four experience. Fortunately, SeatGeek has a Final Four Seating Chart guide to help with that.

Home to the NFL’s Minnesota Vikings, U.S. Bank Stadium is a state-of-the-art facility that opened in 2016. The stadium hosted Super Bowl 52 in 2018, and has been the site of many major concerts and other live entertainment events. It is well-known for its ability to handle large crowds and high-profile events with ease. 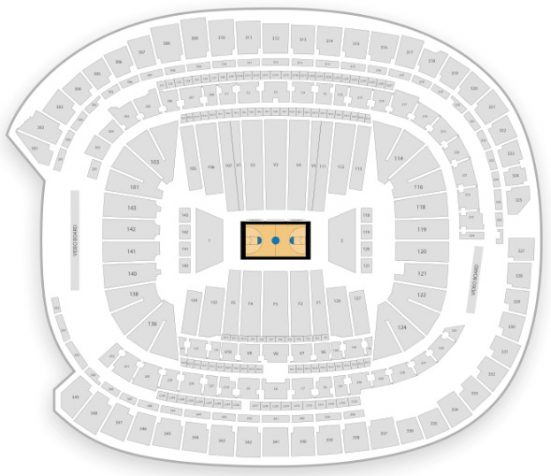 To see an interactive version of this map, take a look at our U.S. Bank Stadium Basketball Seating Chart:

This is not the first basketball game that U.S. Bank Stadium will have ever hosted — there was an event with four games this past December — but this will certainly be the biggest. The stadium staff should have had the chance to work out any kinks in preparation for the roughly 70,000 fans that are expected to be in attendance for Final Four games.

As these games are hosted in what is primarily an NFL stadium, there are a few unique things to keep in mind when looking for tickets:

At the publish date of this article, the team benches have not yet been announced. We will be updating periodically as information becomes available. In addition, our Final Four event pages will have interactive maps with the benches labeled:

Where is the best place to sit at the Final Four?

At a large venue like U.S. Bank Stadium, there is a seat for every type of fan. Choosing the right seat for you depends on your preferences and budget.

If you’re looking to get as close to the action as possible, there are special floor seating sections behind the baskets in sections one and two.

For a full breakdown of the seating sections and our advice on the best seats in the house, take a look at our article about the best place to sit at this year’s Final Four.

The majority of Final Four tickets will be delivered via a mobile transfer on Flash Seats this year.