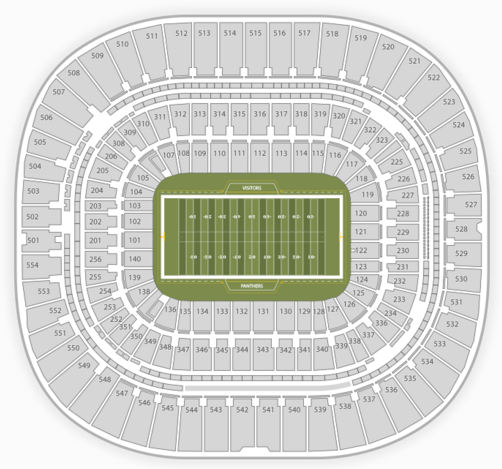 With both teams looking like Super Bowl contenders, ticket prices have jumped up since the start of the season. On the first day of the season the median listing price for this weekend’s game was $279, but it is currently $475, an increase of 70 percent. In fact, a fan would have to pay more now for the cheapest ticket ($297) than they would have for the median ticket back in September.


While this football game is an exceptionally hot ticket, the demand was actually higher to see Taylor Swift at the Time Warner Cable Arena earlier this year, a performance that had an average resale price of $317. However, only that concert and a 2014 Justin Timberlake concert (avg. resale of $282) have topped this football game in demand when looking at all events in Charlotte since 2010.
https://www.youtube.com/watch?v=zvFM2UEanIE
Even though this weekend’s game will be the hottest ticket for a Panthers game in at least five years, it is actually not even the most expensive NFL game of the weekend. That distinction belongs to the Redskins at Patriots game in Foxborough, which has an average resale price of $352.
Tweet
Share