One NBA matchup you won’t want to miss throughout the upcoming 2018-19 season is the new era of the Los Angeles Lakers and the Houston Rockets. With LeBron James – as well as a few other new and bizarre faces, the Lakers have an interesting lineup this year. Houston made some changes this offseason as well, making the James Harden-led Rockets an intriguing Western Conference team.

While many aren’t sure exactly what to expect from either of these teams, there’s no doubt that NBA fans are in for four exciting games between them. Let’s preview the first of those four contests.

When & Where is Rockets @ Lakers?

On Saturday, October 20, Houston heads to Los Angeles’ for the Lakers’ home opener. Tip-off is at 7:30 PM PST at the iconic Staples Center.

As one of the NBA’s most iconic venues, the Staples Center measures in at 950,000 square feet, offering space for a series of restaurants, bars, and a wide range of seating options. Two-thirds of the seats are in the lower bowl – including 2,500 club seats that offer fantastic views. There are also 160 luxury seats throughout the arena. 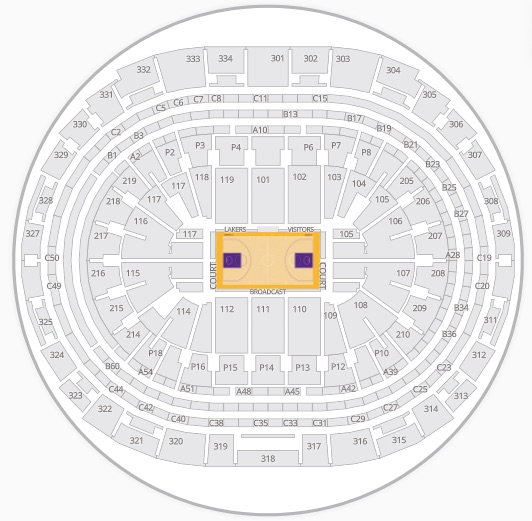 With seating for 18,997 for Lakers games, the arena is actually just the 14th largest in the league, making it all the more difficult to get tickets to popular matchups.

Who Will Win Houston @ Lakers Matchup?

If you’ve been following the NBA offseason, it seems as though the Houston Rockets have regressed a bit. After losing role-players including Trevor Ariza and Luc Mbah a Moute, Houston signed an aging Carmelo Anthony and Michael Carter-Williams to replace those aforementioned wing players. Many have said these signings don’t make up for the losses, and I’d have to agree. This will be a different Rockets team in many ways, and there are question marks about how this team will start off the new season.

On the other side, the Lakers look extremely different, adding the greatest player in the league – LeBron James – as well as some odd choices in terms of a supporting cast. Rajon Rondo, Lance Stephenson, and JaVale McGee join James and the young nucleus of Lonzo Ball, Brandon Ingram, and Kyle Kuzma. This isn’t a Lakers team that will immediately be great, as it will take time for James and the new signings to fit with the youngsters.

With October 20 being the second game of the season, anything could happen. However, being the Lakers’ home opener in a (presumably) sold out venue, and with LeBron James eager to show out for the new fanbase, I think LA will prevail over Houston.

Get Tickets to Houston @ Lakers

Tickets are currently on sale, starting at $336 on SeatGeek.

With less than a month until the 2018-19 NBA season begins, make sure to start getting tickets to your most sought-after games right now before prices increase. Shop NBA tickets on SeatGeek.