How Have Ticket Prices Reacted To No-Hitters In 2010? 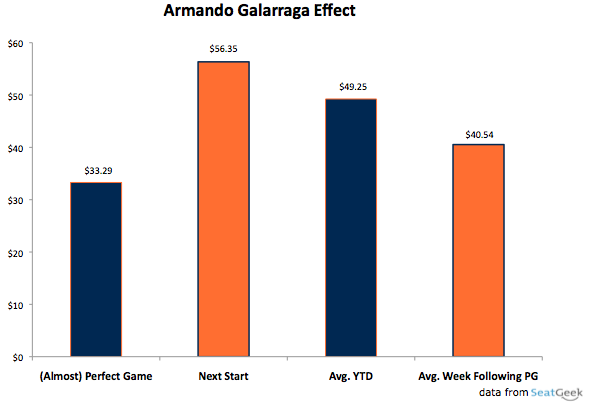 This is a continuation of an article published on the seatgeek blog last week entitled: Do No-Hitters Affect Ticket Prices.

However, while the price for his next start is significantly higher than expected. We cannot necessarily attribute this price discrepancy to Galarraga himself. His next start is on the road in Chicago against the White Sox, and ticket prices are in fact higher for the two games in the series in which Galarraga is not pitching. Take a look: 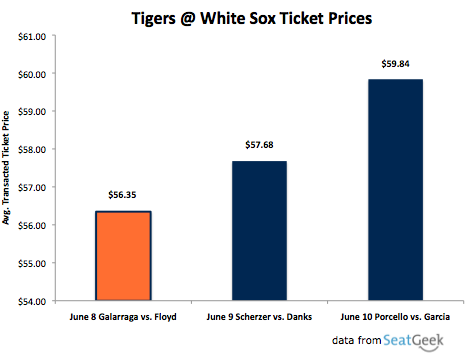 The average transacted price for Galarraga’s start is $56.35

There are many factors that together determine prices on the secondary ticket market. Seatgeek developed an econometric model to account for the intricate interplay between such diverse factors as day of the week, weather forecasts, quality of opponent and more. One pitcher, even after a perfect game, does not himself create enough demand to significantly alter ticket prices. Rather, he is just one of many factors, that together allow SeatGeek to accurately forecast ticket prices over 85% of the time.