Now less than two weeks away from the start of the US Open, an early look at ticket prices for the tournament as a whole shows that this year’s events will be the hottest of the past five years.

An average resale ticket price of $275 across all sessions barely edges out last year’s competition. Tickets to the the Men’s Final, however, are down roughly 10 percent from $690 to $624, while tickets to the Women’s Final are up nearly 20 percent to $520, the highest resale price point we’ve seen since 2011.

Tickets to the US Open

Click here for a full listing of Us Open Tennis tickets.

That also means that the gap between ticket prices to the Men’s Final and Women’s Final – the Men’s has been pricier every year we’ve tracked the events – is smaller than ever before. This year, the Men’s Final is 20 percent more expensive, compared to its average of being 50 percent pricier. The largest gap occurred in 2012, when the Men’s Final more than doubled the Women’s, at an average resale price of $529 to $264. 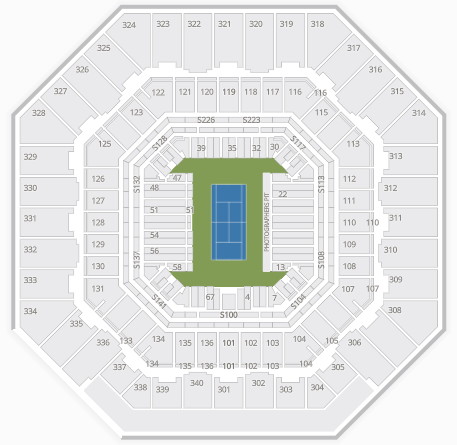 While there is no guarantee she will make the US Open Championship, especially after an early Olympic exit in Rio, there’s a good chance Serena Williams is part of what’s driving the increased demand to attend the Women’s Final. The superstar holds 22 Grand Slam singles titles, tied for most in the Open Era and second all-time, and has won three of the past four US Open titles.

The Biggest Upsets (So Far) at This Year’s U.S. Open

How To Watch The US Open Without A Cable Subscription

4 Ticket-Buying Tips for the US Open Tennis Tournament

How Does the US Open Tennis Tournament Work?

No Federer, No Problem: US Open Demand is Up

Enduring, and then Enjoying, Day 9 at the US Open

Aces! US Open Tennis Is Coming!