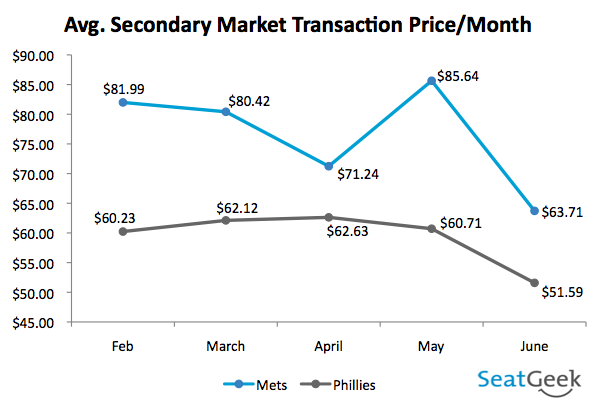 Rivalries have always played a huge role in sports and we all know the fun in rooting against a team we hate. In the past, rivals have been compared in a number of ways, from who has the best current team to who has won the most championships to who has the best fans. We at SeakGeek thought it would be interesting to compare rivals based on ticket data on the secondary ticket market, which we have found to be a great judge of fan sentiment.  Today, we will be looking at the rivalry between the New York Mets and the Philadelphia Phillies.

The first graph shows the average ticket price per month for February through June.

We also thought it would be interesting to plot how average percent of face value per month differs between the teams. 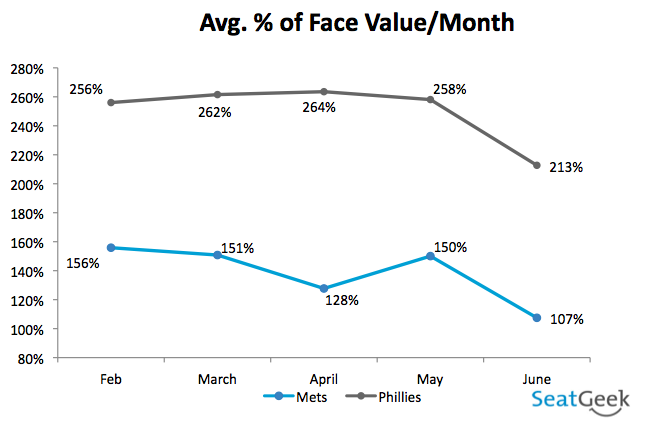 It’s very interesting that the Mets have the higher average secondary market prices and Phillies fans pay a higher percent of face value. Finally, we thought it would be interesting to track the ticket price changes as a percentage change over time – with February as our base month. 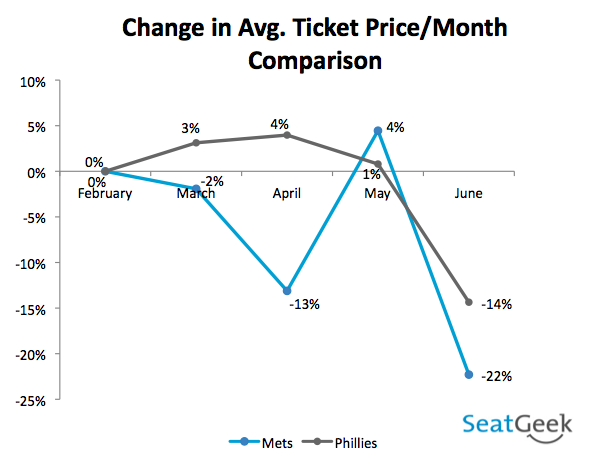 We will keep you updated. We plan on updating these plots monthly, in addition to looking at other rivalries. Stay tuned.

Be sure to follow us on Twitter @SeatGeekMLB and email max@seatgeek.com with any questions or comments. Interested in more ticket data? The SeatGeek Blog regular reports on ticket data and analyzes ticket trends so take a look around.