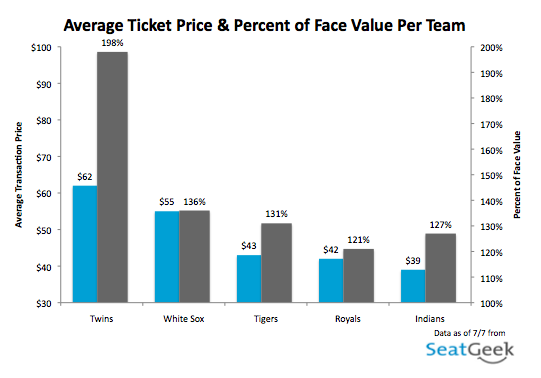 Yesterday, we at SeatGeek begin our Midseason Ticket Report series by looking at the American League East. Today, we will be analyzing the American League Central. We will be using three metrics; 1) Average ticket price per team versus average percent of face value per team 2) the top ten games in the AL Central, as determined by average ticket price on the secondary market 3) the top three games for each team in the AL Central. 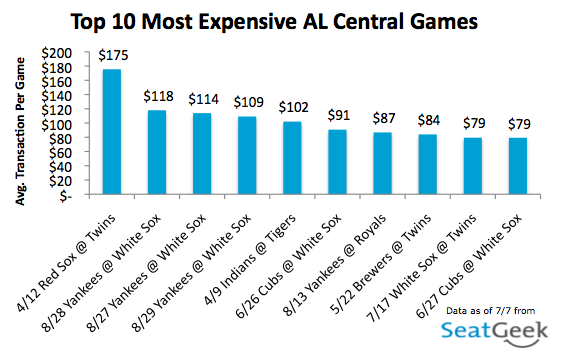 Be sure to check back with SeatGeek for the rest of our MLB midseason reports. Next up is the American League West.