With the NBA season temporarily on-hold we don’t have too much fresh data to report on over here at SeatGeek. Though yesterday there was some interesting ownership and prices changes for the 76ers. But that was an exception, so we decided to take a look back and document our definite source of 2010-11 NBA ticket prices.

This data if from Team Marketing Report, check out there full report here 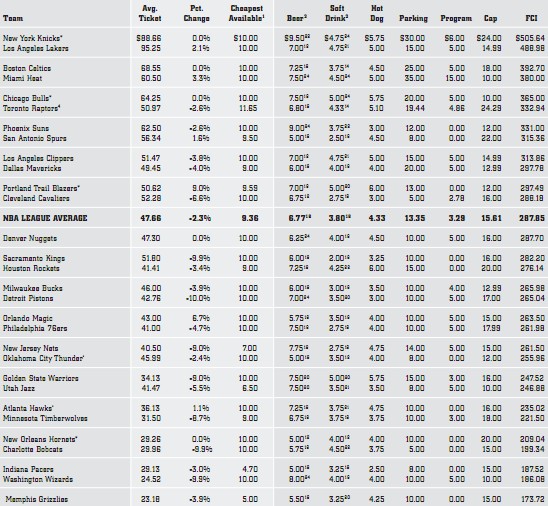 If you are looking for more/updated data for a story, etc. reach out to me at chad@seatgeek.com.

Image via me (@chadburgess). Feels nice. From the Big East Tournament in 2011.